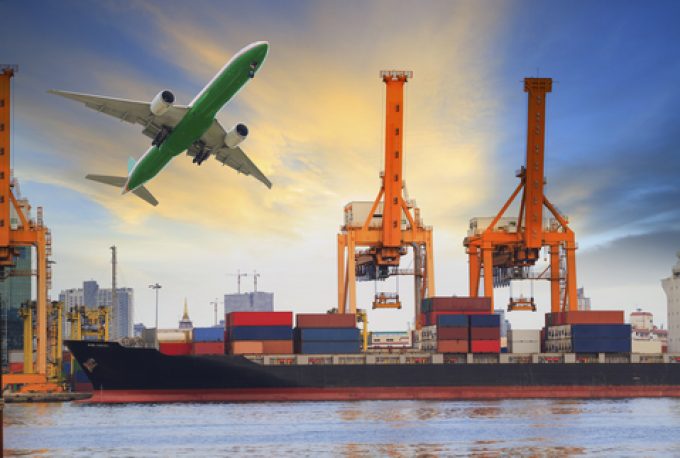 With no sign of Australia’s international borders reopening, time-sensitive shippers are increasingly turning to air-sea logistics to get cargo into the country.

Typically, shipments from Europe are transported via airfreight to Hong Kong or Singapore, where the cargo is loaded onto a container vessel for the final leg to Australia.

According to Joe Carbone, sales director of Melbourne-based airfreight specialist Magellan Logistics, air-sea solutions have gained traction amid the escalating freight rates experienced since the start of the Covid-19 crisis.

“With the reduction in airfreight space, importers have seen a significant surge in rates to levels not previously seen,” he said.

Indeed, estimates suggest some 80% of airfreight capacity was wiped out when the Australian government closed the borders in March and passenger flights were grounded.

In April, the International Freight Assistance Mechanism (IFAM) was launched to subsidise cargo flights for Australia’s high-value agricultural exports, with A$350m (US$259m) earmarked so far. However, IFAM is restricted to a limited number of products and flights for imports, such as for medical supplies and essential items.

“Rates from China hit a peak of over US$10 per kg, not only due to the sharp reduction in flights but also the high volumes of PPE coming into Australia,” added Mr Carbone. “There seems no end in sight to the volatility, as we see the wearing of face masks by the general public either mandated or recommended across the country.

“From Europe, there are still very limited services and no direct flights and, at the moment, airfreight rates are still more than €8 per kg.”

Magellan tranships its air-sea cargo in Hong Kong for shipments to Australia, and in Singapore for shipments to Fiji. Mr Carbone said the solution cost roughly half the price of pure airfreight and half the transit time of pure sea freight.

“Importers unaware of air-sea and other tailored alternatives are stuck with a choice between unsustainable transit times and crippling freight rates, which can lead to stock-outs or eroded margins,” he said.

For example, Magellan helped a customer in Italy with a tight delivery deadline, to import packaging machinery to Brisbane. Mr Carbone said the shipment took half the normal transit time at a seventh of the quoted airfreight price, after being routed from Milan via Moscow to Singapore.

“The deadline could not be met via sea freight ex-Italy to Brisbane, and airfreight was just out of the question,” he added. “The high original quote was mainly due to the very large-sized shipment, oversized crates, and the scarcity of cargo-only flights servicing Brisbane, coupled with the current Covid-era rates.”

Looking ahead, Mr Carbone said, airfreight volumes for general cargo would likely remain subdued for the rest of the year.

“This is mainly due inflated airfreight rates, hence our air-sea offering,” he told The Loadstar. “However, sea freight volumes continue to be robust and indications are that this will continue throughout Q4.”

Australia must extend subsidies for air cargo while capacity is squeezed

With no sign of a return to pre-Covid supply chains, Australia has extended its air ...

Australia has extended air cargo subsidies until next June and unveiled plans to diversify trade ...

Aussie exporters received a shot in the arm today with news of a fresh round ...

Australian freight forwarders need to work together to consolidate cargo and “defend” the country’s agricultural ...

Shippers should consider options such as air-sea cargo and coastal shipping to send goods to ...

New intra-Asia container shipping services are keeping rates down and competition up, and even picking ...