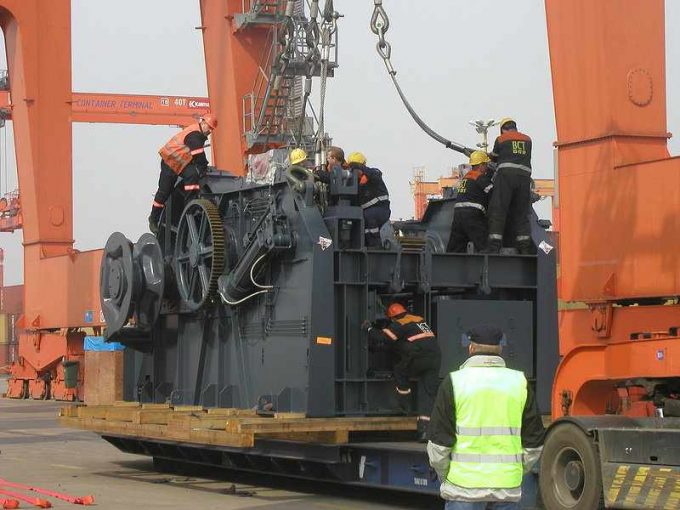 North European shippers of heavylift and out-of-gauge cargo to the Middle East and Asia are being told by container lines there is no hope of shipment before June.

Over the past two years, container carriers have aggressively targeted the sector in an endeavour to fill empty slots on previously under-utilised ultra-large container vessels sailing back to Asia.

But now, with a backlog of containers and sky-high rates, box carriers have lost interest. In fact, one project forwarder raged to The Loadstar, at the recent Multimodal Exhibition in Birmingham, that he was “disgusted” with carriers not returning his calls or responding to emails.

He said carriers had “bombarded” him with sales calls a year ago, and he had eventually contracted, on behalf of his client, a pipe equipment manufacturer, with two carriers “that seemed to understand the complexity of the shipments”.

He said: “They were nowhere near the cheapest and, in fact, we dismissed approaches from some lines as we were concerned that there could be last-minute problems in the supply of flat racks, as well as with the stowage on board.”

The forwarder said  he felt comfortable he had exercised the necessary due diligence to ensure no major hiccoughs in the supply chain.

But he said: “It all worked perfectly until about October. Then, one of the carriers said there was a shortage of flat racks and that we would be unable to get shipments on the nominated vessel.

“That was the start of a number of excuses from both carriers, and a bit later on we realised that there was a hidden agenda. The sales reps stopped coming round and we were getting pushed from pillar to post when we tried to contact the shipping lines.”

He added: “I have the two contracts in my briefcase, but they are not worth the paper they are printed on.”

He said he had been told by one of the carriers there might be an opportunity to cover a shipment “at the end of May or early June”, but “there would have to be an increase in the rate”.

He says he is “livid” at what he calls the “cavalier attitude” of the container lines.

The knock-on effect for the shipper has even greater magnitude, he added. It could now lose the balance of the contract to US suppliers.

An emerging trend of shippers switching from their established container carriers to other shipping solutions appears to be ...

The Suez Canal Authority (SCA) is set to lose over $10m in revenue from container ...