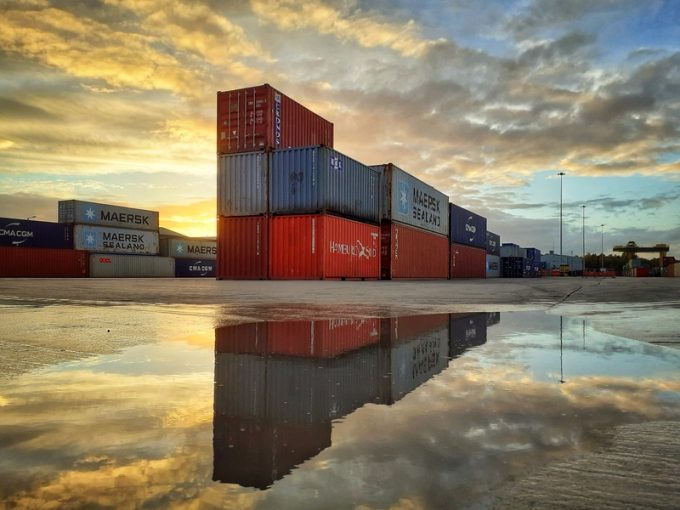 The modest 1.1% decline in the XSI last month “won’t be the last”, according to Xeneta CEO Patrik Berglund, who said market fundamentals suggested that the erosion of long-term contract rates would “pick up pace as the year draws to a close”.

He explained: “In short, this means the shoe is finally on the other foot when it comes to upcoming contract negotiations for Q4 and beyond.

“Shippers are in the ascendancy, while carriers will now be competing to lock-in volumes in the face of lower global demand,” he added.

Meanwhile, ocean carriers are increasing the percentage of spot and short-term contract cargo carried as demand weakens across their networks.

Over the past two years, container lines have endeavoured to lock-in as much business as possible on long-term or multi-year contracts: for instance, Maersk increased its long-term contract share to about 70% of its long-haul volume.

Taking advantage of strong market conditions and capacity shortages on routes impacted by port congestion, carriers were able to set ever higher long-term contract rates and dictate their terms and conditions, including the amount of free storage time at terminals, prior to detention and demurrage charges being imposed.

Indeed, The Loadstar received many complaints that carriers had turned their backs on smaller forwarders and NVOCCs, refusing to honour existing three-month agreements and ignoring all communications, despite, in many cases, having previously enjoyed their loyal support.

As a result, Xeneta’s September XSI long-term contract headhaul reading for Asia-Europe surged by a whopping 124% year on year, and an eye-popping 180% for Asia to the US.

And the sharp downturn in the market in the past few weeks has seen carriers scrambling for cargo and having to tap the spot market to supplement disappointing contract volumes.

A carrier contact told The Loadstar his line’s contracted volumes to North Europe were down “significantly” below budget, and that in some cases penalty clauses “were being triggered”.

“It’s unbelievable how demand has fallen off a cliff in the past few weeks,” he said, “and our blanking measures don’t really seem to be having much impact. So I think we could see a few loops temporarily suspended, as they have done on the transpacific,” he said.

Prior to the pandemic most Asia-North Europe carriers, for example, split their headhaul business 50:50 between spot and long-term contracts, while a few smaller lines were more focused on the short-term market.

“The carriers are back on the phone again, begging for our business, and the rates are coming down all the time,” one forwarder contact told The Loadstar. “But there are a couple of lines we won’t be supporting again after the way they treated us,” he said.

Nonetheless, both spot and contract rates are still considerably higher than before the pandemic.

Mr Berglund said: “There is a very long way for rates to fall before we start talking about any major corrections in line with pre-pandemic levels.”