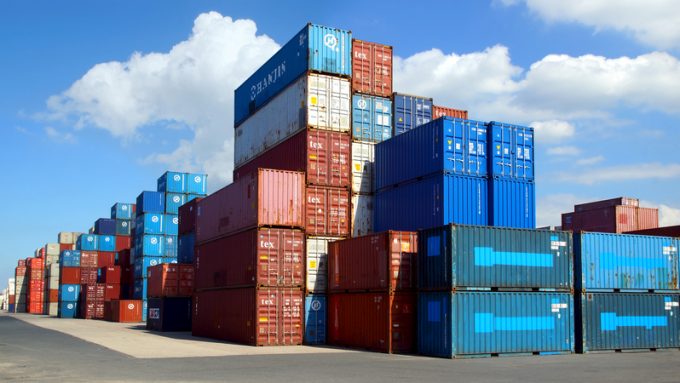 Asia-North Europe ocean carriers are preparing big increases in FAK rates next month, after squeezing capacity on the route with blanked sailings and a suspended loop.

Maersk has advised its customers that from 1 November, its FAK rates from Shanghai to North European ports would rise to $1,100 per 20ft and $2,000 per 40ft.

Most of the other carriers also announced increases to FAK rates this week and, according to The Loadstar’s sources, have declined to extend current heavily discounted rates beyond the end of the month.

There is some evidence in the market that carriers may have succeeded in halting the price erosion on the trade that has seen spot rates tumble around 25% since the end of August.

Indeed, today’s Shanghai Containerized Freight Index (SCFI) recorded only a very slight decline in the North Europe component, to $580 per teu, suggesting heavy discounting by carriers in previous weeks, which saw short-term rates plunge below $500 per teu, had ceased.

And both the SCFI and the Ningbo Containerized Freight Index (NCFI) reported today that space had “become tight” for North Europe, with utilisation levels on loaders of up to 95% recorded this week.

Carriers with vessels leaving China for the Mediterranean were also reporting load factors in the “high 90s” this week, as the SCFI reading for the route ticked down slightly, by 1% to $715 per teu.

The container lines will also endeavour to push up their FAK rates to the Mediterranean on 1 November, although that market comes from a significantly healthier base than the North Europe trade.

For both tradelanes, carriers and shippers traditionally open annual contract negotiations in late November, so it is vital for the lines that benchmarking spot rates are on an upward trajectory, or at least stabilised at a sufficient level.

“Nobody wants to talk about contract rates at the moment,” a UK forwarder told The Loadstar this week. “We don’t want to sit down until we know where the market is going, and I guess the same applies to the lines.”

The stabilising of the spot market suggests that the headhaul blanking programmes on the transpacific and the suspension of an Asia-US east coast service had an impact. Nevertheless, the on-off uncertainty of tariffs on Chinese imports are clouding the outlook for carriers that have been testing shippers’ appetite for front-loading shipments, to mitigate the impact of another tranche of duties from 15 December, with some moderately successful mid-month rate hikes.

But according to market analysts, the postponement last week of a planned increase in duty from 25% to 30% on $250bn of Chinese imports is unlikely to influence any change in shipper strategy.

“It’s hard to see how Friday’s indefinite deferral of the 25% tariff increase will have much impact on China-US shipping prices,” said Freightos CMO Eytan Buchman.

“As President Trump proved in May, deferrals can be axed at very short notice, making for a mercurial trade environment in which importers have to assume the worst to avoid massive losses,” he added.