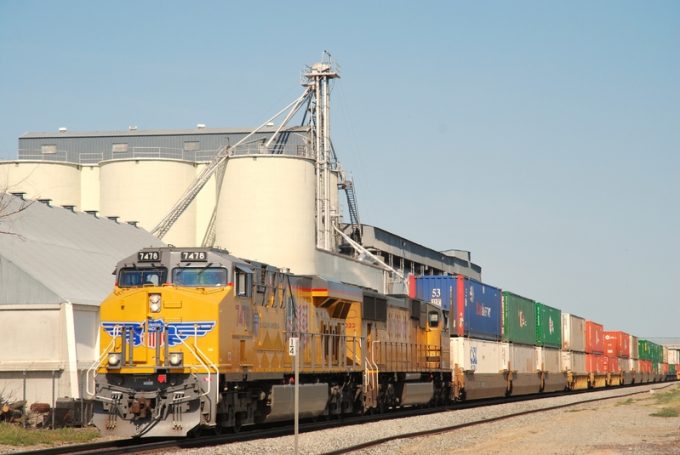 Last week, The Loadstar reported on rail operator CSX’s bumper fourth quarter, which brought to a close a year to forget following the death of CEO Hunter Harrison.

For the three months to December, CP’s intermodal revenue climbed 12%, hitting $405m on the back of a 7% rise in volumes, leaving chief marketing officer John Brooks optimistic for 2019.

“I’m extremely pleased with the strong growth we’ve had,” Mr Brooks told investors. “On the domestic front, we had a record year on top of a record year [in 2018] and I expect continued growth as we move into 2019.”

Full-year numbers were equally as strong for the Canadian railroad, with intermodal up 13% to more than $1.5bn and a 10% increase in volumes.

This quarter the carrier will start operations for its latest customer, Dollarama, which Mr Brooks would bring in $30m-$50m, adding he was confident of more road traffic shifting to CP intermodal trains.

“On the international side, we’re also projecting growth in 2019 as we leverage service and capacity brought on by GCT at Deltaport to grow both new and existing customers at the port of Vancouver. And we have recently extended our transport agreement with our largest intermodal customer, Hapag Lloyd.”

Fourth-quarter and full-year revenues at UP also surged, with quarterly numbers climbing 15% to $1.7bn on the back of a 9% bounce in volumes, while full-year figures exceeded $6.6bn growing at 14%.

The company attributed the quarterly upswing to “another strong peak” and a jump in international business looking to get ahead of potential tariffs on Chinese goods.

Chief executive Lance Fritz commended the team’s efforts on pricing while regaining “productivity momentum”.  He added: “Building on this progress, we are advancing the implementation schedule for Unified Plan 2020.

“Since starting this initiative in October, we have improved on-time service for our customers while at the same time eliminating excess costs and improving the utilisation of network resources.”

“However, during the first half of the fourth quarter we were challenged by congestion in north Mexico and this did have an impact on our business.

“Intermodal revenue increased slightly year on year, with mixed performance by lane, but the cross-border franchise revenue growth was solid at 8%, driven by truck-to-rail conversions.”

Shippers and forwarders hunting capacity on Asia-Europe trades have been advised to focus on overland ...

Record-breaking Q3 for Zim as volumes, margins and profits soar

Another quarter in the black for HMM, thanks to higher rates, but liftings drop

HMM recorded a net profit of $21m in the third quarter, turning around a loss ...

Pandemic takes a bite out of Agility volumes, but logistics arm profits rise

Agility Global Integrated Logistics (GIL) reported a 35.2% increase in third-quarter ebitda on the back ...