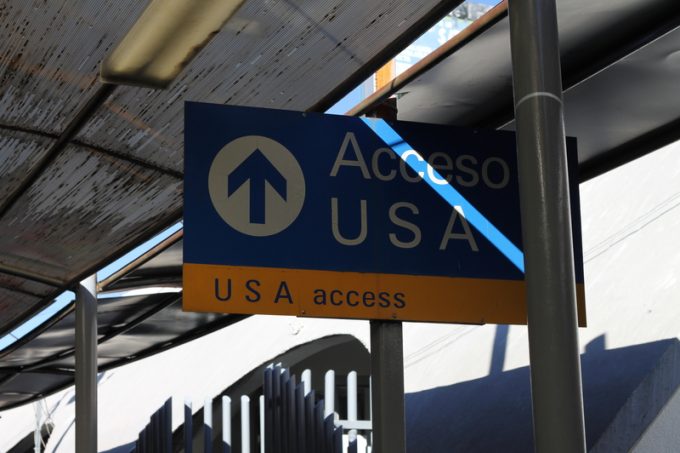 US-Mexico trucking is no smoother since USMCA, the revised trade agreement between the US and its neighbours that replaced the NAFTA framework on 1 July, was roundly welcomed by trade groups.

It has not eased capacity problems on the US-Mexico border and trucking rates continue to go up as a rising tide of cargo is struggling to move.

And capacity is set to tighten further, which will push up rates even higher, warned Troy Ryley, president of Redwood Mexico, a division of Redwood Logistics set up two years ago to provide cross-border solutions.

He added that overall lead times were likely to be stretched further as demand has been building in several sectors.

“The automotive and manufacturing sectors continue to drive increased demand for capacity in the market, as their production ramps up to pre-Covid levels.

“This, coupled with the fact that the consumer and retail sector is coming back on line, will increase capacity demand even further and put additional pressure in the market.

“Retail inventory levels have been at an all-time low, but with the holiday season approaching, demand is coming back strong,” he added.

The Covid-19 lockdown in Mexico stopped automotive production in its tracks, and as the sector rebounds, demand for capacity has soared, said Carlos Duron, president of Mexpress, which runs a bonded airfreight trucking service across the border.

Mexpress business remained strong through the lockdown due to the lack of bellyhold capacity in and out of Mexico, said Mike Gamel, chairman and vice-president of sales & marketing.

“Our bonded truck service is the next best thing to an air service, since we don’t have to clear freight at the border, as all other trucking companies do. A lot of international forwarders we have chased over the years are now using our services.”

In addition to its scheduled LTL departures connecting a number of Mexican airports to US gateways in California and Texas, Mexpress has been handling intercontinental charters that slot Mexican traffic through US gateways. In recent months, that was predominantly PPE traffic, but charters with auto parts to and from Europe have been on the rise.

What compounds the situation for US shippers is a strong domestic trucking market that has tightened capacity and driven up rates. According to Truckstop.com, nationwide truck rates rose almost 10% last week.

In this strong market, US truckers appear less willing to venture into Mexico, with its increasing demand for transload options at the border, Mr Riley said. He estimates that about 35% of northbound freight is transloaded, while the majority of southbound traffic is offloaded at the border for customs inspection.

“Equipment is so tight that many companies are paying the carrier to deadhead from the border to plants so they can continue to move finished product northbound,” he said.

And most observers do not expect the situation to improve in the near future, meaning further pain for shippers as their contracts expire.

“Clients that were not locked into contractual rates have seen the greatest increases – anywhere from 10% to 50%, and even higher depending on the lane,” Mr Ryley noted.

“This does not include the deadhead costs of getting equipment south to clients’ facilities, as this even effected those with contracted rates,” he added.