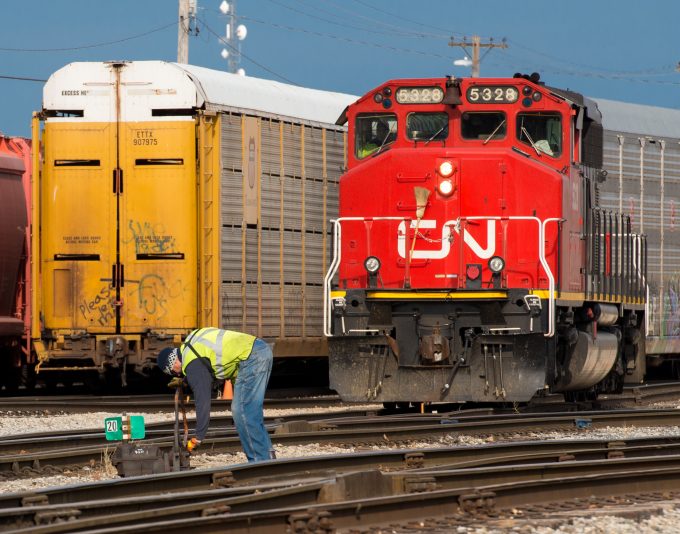 At US$325 per share for the US rail company, CN’s offer values KCS at $33.7bn, beating the $29bn purchase price rival CP agreed last month.

President and CEO JJ Ruest said: “CN and KCS have highly complementary networks with limited overlap that will enable them to accelerate growth in single-owner, single-operator, end-to-end service across North America.”

In a letter to the KCS board, Mr Ruest says CN plans to add more fluid and cost-efficient options across network points like Laredo, Detroit and Southern Ontario for new and existing customers.

“The expanded market opportunity and improved network efficiency is expected to generate strong and high-quality new revenues for the combined company,” he added.

CN management expects ebitda synergies of close to $1bn annually from the tie-up, as a result of “new revenue opportunities”. Specifically, it sees promise in going after long-haul truck business, where it estimates about $8bn could be generated.

“What’s really missing in North America at this point is a true north-south railroad,” he said.

If the deal goes through, CN intends to keep the KCS brand in the US, and has also informed KCS it wants to appoint four of its directors to its board after completion of the deal.

KCS said it would “evaluate CN’s proposal in accordance with the terms of KCS’s merger agreement with CP and will respond in due course”.

Meanwhile, CP has slammed the proposal from its larger Canadian rival, arguing it would reduce competition and negatively impact shippers.

“The Canadian National proposal would create the third-largest Class I railroad and destabilise the competitive balance in the North American rail industry.

“Canadian National’s proposal is illusory and inferior, because it creates adverse competitive impacts and raises other serious public interest concerns.

“CN’s proposal increases regulatory and anti-trust risk for KCS shareholders and decreases benefits for customers, employees and stakeholders,” it added.

Analysts and observers have pointed out that CN’s bigger size raises the odds of regulatory hurdles for a merger. Since 2001, mergers and acquisitions of Class I rail companies are subject to tighter rules in terms of enhancing competition. Because of its smaller size, KCS had been exempt from these rules, but the planned CP marriage raises calls for the application of the stricter criteria.

CN, which argued for the post-2001 rules to be applied to the CP-KCS merger, has declared it would be prepared to go through either review process with its proposal.

And this is unlikely to be the last salvo in Canadian operators’ efforts to redraw the North American rail map.

The strategic value of a merger with KCS for both rivals suggests there is going to be a tug-of-war over a US carrier with a network that reaches deep into Mexico and connects US ports along the Gulf.

Last year, KCS’s Mexico business made up nearly half its revenues and the anticipated rise in near-shoring is expected to generate more flows between USMCA countries.