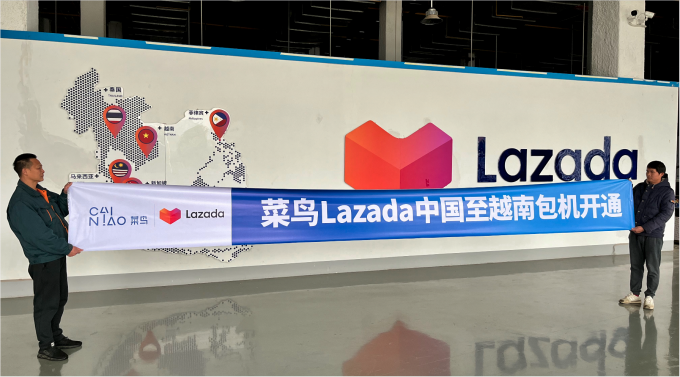 The daily three-hour flight serves as an alternative to truck transportation amid current road congestions in Vietnam. According to a recent report by Transport Intelligence, Vietnam is experiencing an accelerated pandemic-driven logistics and supply chain crisis, following the country’s various lockdown and quarantine measures. Besides slower port operations, the country is also facing declining export volumes due to the restrictions.

The daily flight will carry Lazada’s eCommerce goods and provide additional capacities in anticipation of a surge in cross-border parcel volume, in the period of time leading up to Tết. Vietnam’s eCommerce market is currently valued at $13 billion a year and is eppected to increase to $39 billion by 2025, with 35 per cent growth per annum, making it the second largest market in Southeast Asia. In addition, a recent report by Kantar revealed that based on the consumer behavior and patterns in Vietnam, online sales in the month leading up to Tết can surge up to three times3 of its original sales volume, with 44 per cent saying they plan to shop for Tết two weeks prior to the festival4. This finding is supported by the Google Consumer Survey, where 39 per cent of consumers expect to make more online purchases during Tết 2022.
.
“During the last Lazada 11.11 Shopping Festival, Vietnam achieved approximately double the number of orders and sales compared to the year before, demonstrating the immense growth potential of the local consumer market. With the upcoming Tết, one of the largest celebrations in Vietnam, we are anticipating a similar surge in Lazada eCommerce purchases in the weeks leading up to the festival. Against the current backdrop of logistics disruptions and bottlenecks, the daily chartered flight from China to Vietnam will play a key role in boosting greater resilience in cross-border logistics. Together with Lazada and our local partners, we aim to eppand our capacities to meet consumer demand and provide the best shopping epperience for customers,” said Shawn Louis, General Manager of APAC Region, Cainiao Global Export.