News / Burning X-Press Pearl in danger of sinking, as lost boxes start to wash up 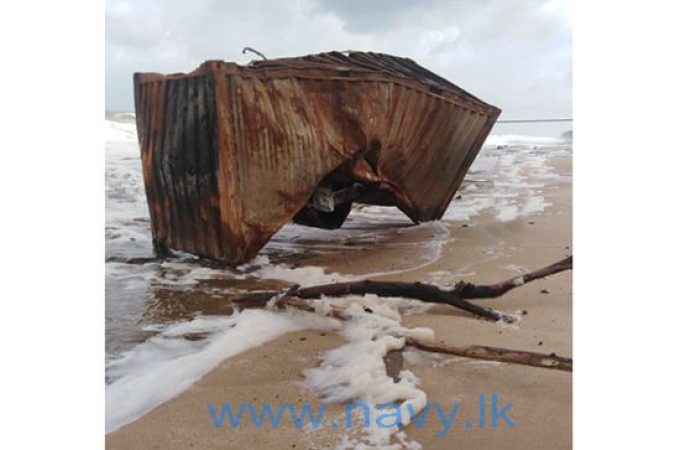 Sri Lanka’s Marine Environment Protection Authority (MEPA) has warned that the fire-stricken X-Press Pearl could be about to sink, even as efforts to control the blaze by the Sri Lankan navy and Indian coastguard continue.

Photos taken by the Indian Coastguard suggest that the worst of the fire may be over, but MEPA has also warned of a growing risk of acid rain developing.

Meanwhile, Sri Lanka’s army has been deployed to a stretch of the country’s beaches to stop locals collecting the increasing amounts of debris beginning to wash up from containers lost overboard.

Vessel owner and operator X-Press Feeders said that its 25 crew members were safe, although two were injured during disembarkation.

“The two crew members who received leg injuries during their evacuation from the ship on Tuesday morning remain in hospital in stable condition.

“One has since tested positive for Covid-19 and has been transferred to a special facility in a military hospital for further treatment. The other 23 crew members are in a Colombo quarantine facility and in good health,” it said.

In Sri Lanka, questions have begun to be asked about why the vessel was allowed to enter the country’s waters, after a Splash247 report revealed the crew had noticed acid leaking from one of the containers and requests to dock at Hazira in India and Hamad in Qatar were denied.

However, X-Press Feeders said today: “Reports that the vessel was denied entry into Hazira and Hamad are incorrect. The vessel underwent discharge and loading operations in both ports before continuing on its planned journey to Colombo.

“Applications had been made to both ports to offload a container that was leaking nitric acid, but the advice given was there were no specialist facilities or expertise immediately available to deal with the leaking acid,” the company explained.

“Therefore, salvage and General Average securities may be required prior to delivery, assuming of course the particular cargo in question is not a total loss,” it added.