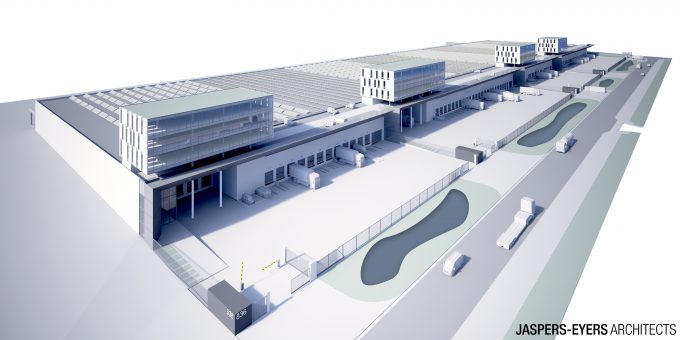 News of the investment broke on Friday, with the likes of Dnata, Kuehne + Nagel and Swissport reportedly in line to take space in the facility.

Chief executive of BAC Arnaud Feist said the investment was of “huge importance” to the country’s logistics plans and fell in line with the airport’s Strategic Vision 2040 plan.

“Brussels will remain a crucial hub for air transport and the logistic chains in Europe, at the service of many hundreds of companies in our country,” he said.

“It is also an objective to offer more support to the many companies who work through air cargo transport, enabling them to more easily import and export their goods from and to the whole world.”

He said this would not only ensure employment at Brussels Airport, but also across various sectors within the Belgian economy.

Included in the development will be a 50,000sq metre cargo facility, with direct apron access for handling, shipping and storage, including for temperature-sensitive products.

Investment will also be put into redeveloping and modernising existing handling facilities, while a new building for transport of “extremely” valuable goods and animals will be developed.

Head of cargo and logistics Steven Polmans said the airport’s ambition was to “strengthen its standing within Europe as an efficient and important” logistics platform.

He added: “In recent years we have proven our commitment to cargo and we reconfirmed this in our Strategic Vision 2040 launched last year. This investment is another step in realising this ambition with all our stakeholders and customers.”

However, at the same time, other European air cargo gateways continue to gain ground, with record results.

Budapest Airport recorded 13.4% growth over the course of 2017, handling in excess of 127,000 tonnes of cargo, with January and February 2018 figures continuing to show “record” momentum.

Director business unit property and cargo Rene Droese said the gateway’s commitment to strengthening links between China and the EU played an important role in this growth.

“As a result of being designated the preferred hub for air cargo by STO Express, e-commerce is set to experience a notable upswing at Budapest,” said Mr Droese.

“Thanks to our development programme, we will be able to cover the entire cargo catchment zone, from Ukraine to Czech Republic, and Poland to Bulgaria, where industrial production is booming.”

The Central European hub opened two new express facilities, totalling 16,000sq metres, in the summer as part of its €160m BUD:2020 development programme, with the move seemingly paying off. Just shy of 22,000 tonnes were handled in the first two months of 2018 (up 17.4% year-on-year), and capacity will only grow further with new cargo services from Lot and American Airlines due.

In London, Heathrow continues to call for a new runway after claiming its 19th consecutive month of record growth is putting further strain on UK supply chains.

February cargo volumes at the London gateway were up 5% year-on-year to more than 133,000 tonnes, and 6% ahead of January.

Chief executive John Holland-Kaye said: “Today’s figures show Heathrow is filling up fast. If we don’t act soon to expand, the UK will only fall further behind our European rivals. A prosperous, global-trading Britain needs an expanded Heathrow now.”

Heathrow claims a new analysis shows six of Britain’s key trading routes – accounting for nearly 20% of the trade through the airport – are already full. Thy include Shanghai, Tokyo Haneda, Mumbai, Los Angeles, Dubai and Delhi.