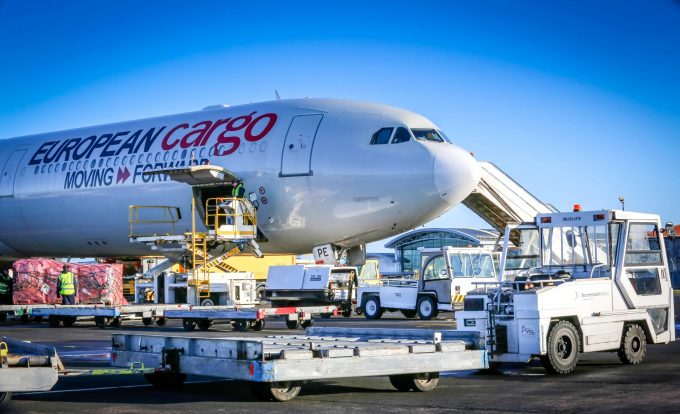 Regional airports with a solid cargo offering are giving the larger hubs a run for their money.

From having almost no cargo in April 2020, Bournemouth Airport in the UK saw some 20,000 tonnes of throughput by the end of March 2022. By April, the airport had launched Cargo First, its dedicated air cargo service, and the freight volumes are increasing steadily.

Mounting pressures at large hub airports, such as London Heathrow, means freight forwarders are seeking regional airports as alternatives, particularly with regards to flexibility, space to grow, and cost.

Bob Matharoo, head of cargo at Bournemouth Airport, told The Loadstar that Cargo First is the UK’s only full-service airport cargo operation offering a single contact point for all needs, and provides flexible slots that can be altered to the market’s requirements.

“This means that we can be flexible to manage whichever aircraft, including widebody cargo-in-cabin operations, whenever the client needs it.”

Cargo First’s focus to date has been on e-commerce. Bournemouth Airport is only 90 minutes from London by road, and Mr Matharoo indicated that this has brought major savings in time and costs – in the air, in consignment handling and on the highway – giving cargo shippers a strong supply chain advantage.

“Overall time from aircraft touchdown to delivery to the London warehouse is significantly shorter than via the major hub airports – all the major air importers and exporters based in and around London are on our doorstep,” he said.

The airport has established an on-site operator, European Cargo Limited, which already runs long-haul flights to and from Asia and North America from Bournemouth Airport.

European Cargo operates a fleet of six A340 passenger converted cargo aircraft between Bournemouth, China and the US, handling, among other things, e-commerce related consignments. The airline has recently secured funds to continue aircraft conversions, with a planned in-service fleet of 10 aircraft by year end, confirmed Mr Matharoo.

Bournemouth Airport also has other ad-hoc operators transiting cargo through Cargo First across the world.

The rising demand for e-commerce is driving the surge in growth and while the cargo operation initially focused on bringing in a huge amount of PPE and Covid-19 testing kits, this has now extended to support other industries, including time-sensitive goods.

Additionally, the sea freight market is facing a huge challenge following the Shanghai lockdown and other issues. “More freight forwarders are therefore turning to air cargo to fulfil their consignments,” said Mr Matharoo.

“In terms of demanding cargo, we have worked incredibly hard to secure a reputation for industry-leading processing times, which is especially important to our e-commerce clients whose consignments are time critical by their nature.”

Mr Matharoo reckons this has been achieved by having overall control of the end-to-end handling product on site, which means there are no delays in passing cargo between multiple agents as is the case at other airports .

“Also, with uncongested airspace, an efficient airfield layout and quick access to uncongested motorways, we have proven that we can deliver goods from an arriving aircraft to a west London cargo warehouse quicker than via the big London hub airports.”

He said local industries such as the aerospace and maritime sectors, plus the military, looking to transport cargo worldwide, have also been identified as potential markets to take capacity on regular services.

Mr Matharoo suggested that the ripple effects of recent global events have added to existing congestion in Asia Pacific – at a time when manufacturing is ramping up after lockdown lows – creating the ‘perfect storm’ of challenges for supply chains in the region.

“As a result, our sales team has seen a marked increase in enquiries from freight forwarders seeking new and more direct routes for cargo consignments from the East.”