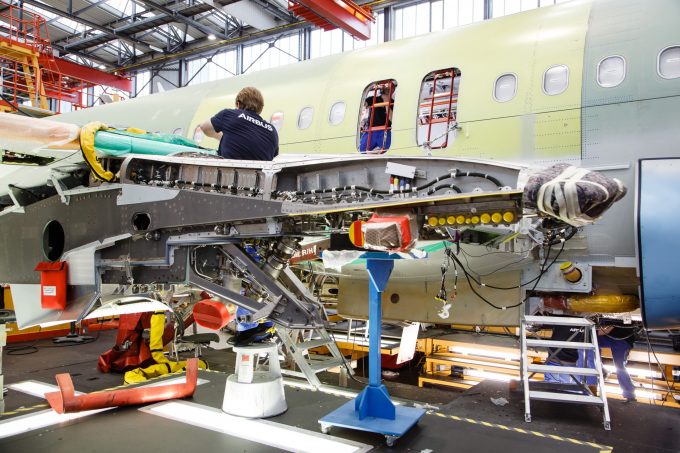 For ten days in May, Boeing all but halted production of its 737 MAX, the Wall Street Journal reported this month, citing unidentified sources who attributed the disruption to supply chain snarls.

In the past, Boeing would move planes down the assembly line and install the missing parts afterwards. This time it paused aircraft on the line.

Boeing has a host of undelivered 737 MAXs and 787s on its hands, the latter owing to inspections and repairs after small cracks were found in structural joints, which virtually stopped 787 handovers since late 2020.

In April, Boeing reported that 737 MAX production and deliveries were affected by the shortage of a particular wiring connector.

Rival Airbus is not having a smooth ride, either. The number of jets it delivered in May was 6% lower than a year ago.

This was not great news for Airbus management, which is aiming to turn out 45 planes in its A320 family every month this year, with a view to ramping production up to 65 a month by mid-2023 and between 70 and 75 by 2024. Observers have called these targets ambitious. In February, Airbus CEO Guillaume Faury had said ramping up narrowbody output was at “the heart of our priorities”.

However, problems stretch throughout aviation supply chains. In February, aerospace and defence conglomerate Raytheon Technologies announced that its Pratt & Whitney unit might not ship some 70 engines to Airbus because of casting shortages.

According to some experts, the aerospace supply chain is riddled with parts shortages and delays. The impact of Covid-19 revealed deep vulnerabilities and led to casualties and lay-offs, as more than half the global commercial airline fleet was grounded and airlines slashed costs.

Now, the surviving suppliers are trying to handle increased demand with fewer staff and engineers already in short supply well before the pandemic. Carriers have come to rely increasingly on single-source vendors, as it’s time-consuming to get new vendors qualified.

Aviation companies that specialise in converting passenger planes to all-cargo configuration have been in overdrive, with order slots for some types booked well into 2025. Aeronautical Engineers (AEI), which performs predominantly B737 conversions, has felt the impact of supply chain bumps, but these have not led to serious results, reported Bob Convey,VP sales and marketing.

“We felt it mainly in delays in lead times and the cost impact,” he said.

Obtaining parts has not been a problem, but delays in smoke detector deliveries are an issue, Mr Convey noted, adding: “It’s a challenge. We need to ship earlier.”

AEI is feeling the supply chain strain in its own shipping requirements. Freighter conversion kits are assembled in the US, including the supply to its facility in China. Airfreight capacity between the two areas is still very low, as belly lift has not returned to pre-pandemic levels and wait times for lift can be long, Mr Convey said.

He does not expect a rapid improvement there.

“It’s still going to take another year before full flying to China is restored,” he said.

Airbus and Boeing are hoping for much faster progress in coming to grips with their supply chain issues.