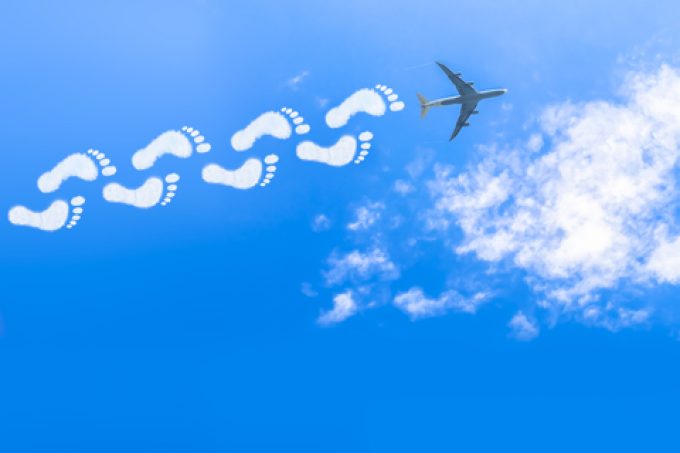 Aviation’s emissions targets are insufficiently ambitious, while the industry itself is stalling with a “wait-and-see” approach, according to a new report by Deloitte, on behalf of Royal Dutch Shell, which claimed “paralysis” in the industry.

However, the oil company has pledged to produce 2.2m tonnes of sustainable aviation fuel (SAF) each year by 2025, with at least 10% of its aviation fuel sales as SAF by 2030.

But 2.2m tonnes is something of a drop in the ocean – in 2019, commercial airlines used some 95bn gallons, although the pandemic saw that amount fall to 52bn gallons last year.

Shell said not enough was being done.

“Currently, sustainable aviation fuel accounts for less than 0.1% of the world’s use of aviation fuel. We want to help our customers use more SAF,” said Anna Mascolo, president of Shell Aviation.

“With the right policies, investments and collaboration across the sector we can accelerate aviation’s progress towards net zero by 2050.”

At the moment, Shell supplies SAF made by other manufacturers, but it has announced it will build a biofuels facility at its Energy and Chemicals Plant in Rotterdam, which would have the capacity to produce 820,000 tonnes of low-carbon fuels a year, including SAF.

“To this end and to stimulate demand, Shell has been calling for and fully supports the introduction of ambitious and feasible SAF blending mandates.”

Shell added that the industry targets – IATA has pledged to halve 2005’s emissions by 2050, while ICAO has called for carbon-neutral growth from 2023 –  did not go far enough.

“We now believe these goals are not sufficiently ambitious and must be revised. The aviation industry must go further faster.

“Shell believes that the aviation industry can and needs to achieve net-zero emissions by 2050.

“We would like to see the industry, and those who rely on aviation, develop a clear long-term strategy to reach net zero by 2050.”

The report noted that this aim would require all stakeholders to collaborate on accelerating production; exploring new fuel and aviation technologies; and involving aviation’s customers.

One airline told Shell’s researchers that airlines need an incentive, which was holding the industry back.

“Targets without incentives – or without clarity on when those incentives will come – paralyse the industry participants.”

However, with increasing numbers of people concerned over aviation emissions, some observers argue that the incentive is staying in business.

Airlines are gradually coming around to the idea, although some are working harder than others. AF-KLM Cargo, which is building its own facility, launched a scheme last year allowing customers to use SAF. Last week it welcomed forwarder Total Touch Cargo Holland into its partnership, using SAF on some flights from Nairobi to Schiphol. The agreement includes a fixed annual investment from Total Touch Cargo that will allow AF-KLM Cargo to further expand development and procurement of SAF. TTC’s contribution will be used to cover the cost differential between conventional aircraft fuel and SAF.

And Cathay Pacific said this morning that it would use 10% SAF by 2030. In 2014, it signed up with Fulcrum BioEnergy for 1.1m tonnes over 10 years. From 2024 it will start taking delivery of SAF from Fulcrum.

Cathay’s chief executive officer Augustus Tang said: “The use of SAF is key to decarbonising our operations over the next few decades. Cathay Pacific already has a head start in this space… Our new commitment to have SAF comprise 10% of our total fuel consumption by 2030 is a clear signal of our determination to achieve our net-zero emissions target.”

But Cathay also called for help. “The ability to achieve this target does not rest with airlines alone. We are calling on support from various stakeholder groups to help make it a reality, from policy makers, the energy sector, aircraft and engine manufacturers, and even our customers, who are keen to reduce their carbon footprint. Only by joining hands can we meet this ambitious goal together.”

Other airlines have been very slow to move towards SAF. Qatar Airways, which likes to brand itself as a ‘leading airline’, and heavily advertises its ‘green’ credentials, has said very little about SAF – until Friday, when it joined the ICAO’s Global Coalition for Sustainable Aviation, a forum to develop ideas and accelerate solutions. But Qatar does not appear to have set itself its own emissions target.

SAF costs between two and eight times more than traditional jet fuel, but will get cheaper as production scales up. Aviation currently accounts for about 3% of global emissions, but that figure could rise sharply as other industries decarbonise faster, warned Shell.

Shell’s report on decarbonising aviation can be downloaded here.