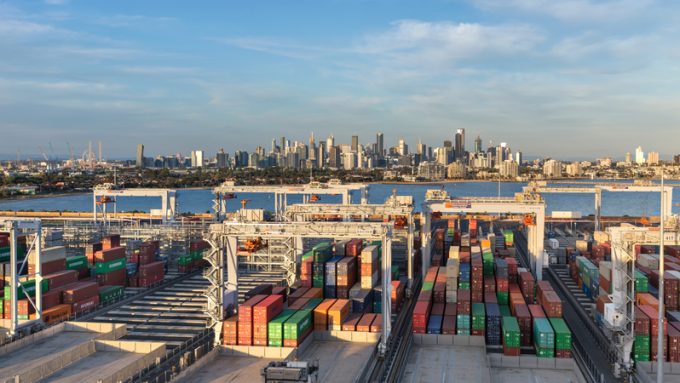 Truckers in Australia have lashed out over the latest round of controversial “port infrastructure” surcharges imposed by stevedores.

According to Peter Anderson, chief executive of the Victorian Transport Association (VTA), landside logistics operators are reeling from “huge” increases in surcharges they must pay to deliver and pick up laden containers.

“The VTA remains concerned at what are essentially ongoing and unregulated increases by stevedores, making it difficult for operators to budget and plan,” he told The Loadstar.

In March, Patrick Stevedores implemented infrastructure charge hikes at its Sydney, Melbourne and Brisbane terminals averaging 82%, with respective fees now at $77.50, $71.50 and $82.50.

The stevedores claim the charges are necessary due to increased port rents, the need to invest in infrastructure to handle larger ships and lower handling rates due to carrier consolidation and increased port competition.

However, DP World’s multiple increases to the surcharge since March 2017, each closely followed by VICT and Patrick, have left tuckers outraged.

“It’s a huge revenue boost for the stevedores from the trucking companies,” said Mr Anderson.

He said the truckers had to try to pass on the costs to customers, but this had become problematic following three hikes in 24 months.

“When does a trucker go back to a customer and get an increase for their own business and services, let alone for the increases for the stevedores? It’s been disruptive to the processes and relationships the landside operators have had with their customers,” added Mr Anderson.

The cashflow burden from the surcharge is also weighing heavily on truckers. Mr Anderson said an average-size operator with 10 trucks needed to pay some A$20,000 a week in infrastructure charges, while waiting for customer invoices to clear to recoup the money.

“So where are they going to find that?” he asked. “DP World only gave everyone 14 days to pay the invoice.”

Truckers were given a boost yesterday, however, following intervention by the Australian Competition and Consumer Commission (ACCC).

It announced DP World and VICT – along with Hutchison Ports Australia, which is yet to implement infrastructure surcharges to the levels of its competitors – had agreed to remove or amend terms in their contracts that the ACCC considered were “unfair” under Australian law.

“DP World and Hutchison had contract terms that allowed a stevedore to unilaterally vary terms in the agreements without notice, including fees paid by the land transport operators,” the ACCC statement said.

But the announcement is only a partial victory, according to Neil Chambers, director of the Container Transport Alliance Australia.

“While the ACCC hasn’t stopped the behaviour of the stevedores hiking their infrastructure charges without consultation, they will now need to give at least 30 days’ notice in the future,” Mr Chambers told ATN.

The move by ACCC follows its October report into Australia’s port sector, which found infrastructure fees generated a total of $100m in revenue for the stevedores in 2017-18. This represented 7.6% of total industry revenue, and a big jump up from the $25m collected in the previous financial year. ACCC estimates the industry will collect around $180m from infrastructure charges in 2018–19.

While the stevedores say they need the money to invest in infrastructure, Mr Anderson doesn’t agree that truckers should “bear the costs now for future investments”.

In a related development, truckers have also criticised the forthcoming biosecurity levy on import containers. As it stands, the government plans to collect the new tax from the stevedores, who will then pass on the costs.

“The stevedores won’t manage the cashflow themselves, they’ll get it from the landside operators, because we’re bottom of the food chain and it’s easy pickings for them,” claimed Mr Anderson.