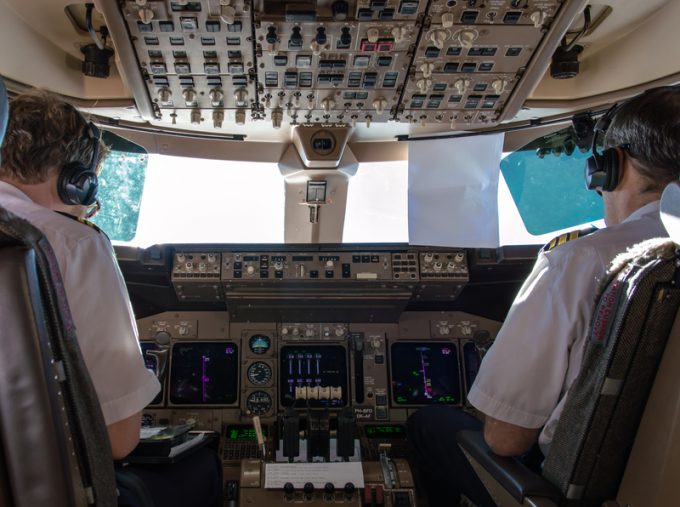 Amazon has found itself in the middle of growing tension between its supplier, Atlas Air, and its pilots after a protest outside the internet giant’s annual shareholder meeting yesterday in Seattle.

Pilots represented by the Airline Professionals Association (APA) have been locked in bitter, long-running contract negotiations with ABX, Atlas Air and Southern Air – all of which fly for Amazon.

Spokesperson for the group Robert Kirchner, himself a pilot for Atlas, said that while the pilots were “proud” to fly for the likes of Amazon, carriers were ignoring serious safety concerns.

“Carrier executives are ignoring reality if they think we can meet the needs of expanding business partnerships while hundreds of pilots leave for better opportunities,” he said.

“Atlas Pilots are overworked, underpaid and disrespected; our planes are not adequately staffed or maintained… the future’s shaky and we’re misleading customers like Amazon.

“Atlas Air executives need to sit down and negotiate an industry standard contract with the pilots, so we can follow through on our promises to customers.”

The APA said the failure of Atlas to reach a sensible collective bargaining agreement (CBA) was “worsening the situation”, amid increasing dissatisfaction at working conditions.

According to a survey conducted by the pilots’ union, 65% of respondents across ABX, Atlas and Southern Air had been asked to fly on their days off in the past 12 months.

It also found more than 60% of pilots were seeking work at competitors like FedEx and UPS as faith deteriorated in the carriers’ ability to meet Amazon and Amazon Air’s long-term needs.

ABX pilot Rick Ziebarth said: “The pilot seniority list at ABX Air is not growing and, without a new contract, many of our most experienced pilots are leaving.

“The expansion of ABX Air’s partnerships, especially with a company like Amazon and its growing internal logistics network, is welcomed by our pilots, but executives at our carrier are underestimating the troubles ahead if they don’t come to the table and negotiate a fair contract.”

The most recent protest came just weeks after Atlas and ABX pilots protested outside the ground-breaking ceremony for Amazon’s new hub at Kentucky International Airport (CVG).

However, Atlas has contested the pilots’ claims, going so far as to release a “fact checker” to counter the claims being made by the APA and associated unions.

A spokesperson for the carrier said: “We are proud of our strong and growing workforce of more than 2,000 pilots, and we are eager to pay them more and reach a new contract. These protest efforts are common tactics often used by unions to spread misinformation and gain leverage in contract negotiations.

“Atlas is committed to its pilots, we have an uncompromised commitment to the safety and well-being of our pilots … it’s time to put pilots first, ahead of protests, and get to a new contract.”

Among “the myths its site reportedly busted” are claims from the APA that “pilots are burning out because they are being forced to fly unruly schedules”.

This, it said, was untrue, with its schedules governed by rules established in the Atlas and Southern CBA, adding that this was “well within” Federal Aviation Regulations (FARs).

“Atlas pilots fly on average 42 hours a month, compared with industry averages of 53 hours a month,” it added. “Atlas has also invested heavily in a fatigue risk management programme and related best practices.”

It also said that pilot requests not to fly due to fatigue or illness were “honoured 100% of the time”. Further “busted myths” can be found on the company’s website.

And Atlas is not alone in its labour skirmishes. Delta Air Lines is facing its own union issues, with US senator Bernie Sanders joining others in slamming the carrier for attempting to prevent employees unionising. This month Twitter posts, which went viral, appeared to show the airline discouraging workers from joining the International Association of Machinists and Aerospace Workers (IAM).

Today ATW reports that chief executive Ed Bastian hit back at a letter from Senator Sanders which implied the “demeaning anti-union” sentiment reflected the airline’s stance.

“[It] was poorly crafted and not an appropriate communication to our people,” said Mr Bastian of the social media post.

“That’s not who we are, and we’ve taken steps to make sure future messages to our people regarding their choices on representation are meaningful and respectful of their rights.”