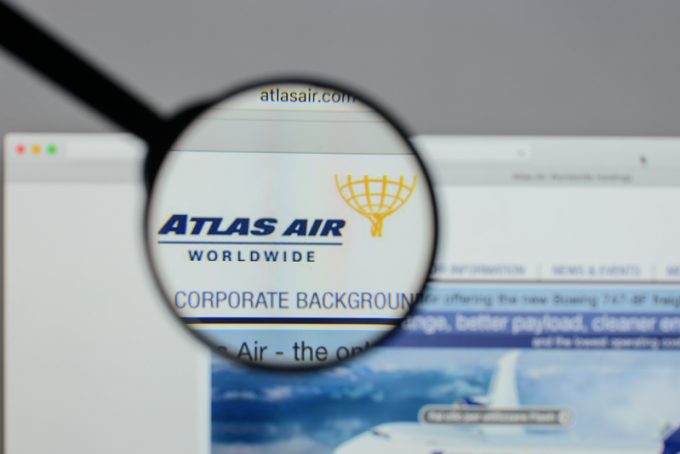 The most obvious, of course, is that it’s easy to make money in air cargo at the moment. And Atlas has.

Cargo airlines are ‘shooting fish in a barrel’ right now, although the first quarter saw significant gains on Q1 20, in part because Atlas has five more aircraft operating than it did – four formerly mothballed 747 freighters and one 777.

As management noted, the results reflected “strong demand for our aircraft”, as well as “high commercial charter yields and the significant reduction of … belly capacity”.

Another trend was underlying, but has been bought to the fore by the pandemic.

Atlas has effectively merged its ACMI and charter businesses, which have “become more similar”, and its business is now divided into airline operations and dry leasing.

It has cut the amount of ad hoc flying and increased the number and length of long-term contracts and CFO Spencer Schwartz explained that 60%-65% of AA’s flying is now “traditional ACMI”, while about 20% is long-term charters. Some 10% is for the US military, 5% is its South American business, with just 5% for one-off, ad hoc charters.

“It really has become a very small percentage of our overall business, and so approximately 94% of all the flying is on a dedicated aircraft, he said.”

Atlas argued that customers had enjoyed the “capacity safety net” of a long-term charter and said the new environment had opened up its customer base.

“What many of our customers are seeing and learning is that main deck freighters [are] very attractive,” explained CEO John Dietrich. “And to be able to secure that capacity is important, both within this pandemic environment and beyond. So we’ve seen strong interest and are excited about that. It’s a whole new customer base.

“They are more ACMI-like contracts because they have term associated with them, and all or many of the attributes of ACMI.”

He added that a move towards just-in-time inventories had helped.

“Some of our customers already recognise the benefits of real-time inventories and moving product around, rather than carrying large inventory that may or may not sell. And I think airfreight will be a key component of that in the post-pandemic economy.”

Four of Atlas’s customers extended their contracts in the first quarter, while a new customer signed up for two years. Mr Schwartz said.

“The vast majority of these contracts go into 2022 and ’23, while some go into 2024. And the majority are on the sort of fastest-growing tradelanes and probably will not be operated by returning passenger aircraft.”

And of course, these contracts allow Atlas, as a capacity consolidator, to “pair customers” and get “full utilisation”.

The management was less forthcoming when responding to questions over the interminable pilot contract, failing to answer specifics and saying only that it would be complete in the second half.

Other than that, the outlook is good, said the company. It expects revenues of about $950m in the second quarter, and adjusted ebitda of about $210m, with net income up 30% over the first quarter.

“Our outlook anticipates commercial cargo charter yields to remain above typical seasonal levels, but below the historically high yields experienced during the second quarter of 2020.”

In January it ordered four new 747-8Fs, which will deliver between May and October 2022.

“Our focus continues to be on growing the business while generating returns that are above our cost of capital, and at the same time maintaining a strong balance sheet,” said Mr Schwartz.

However, he noted, Atlas Air’s decision to take the US government’s CARES Act funding – despite record results – means the company is not allowed to repurchase shares or put in place a dividend programme. (It also means the US treasury has effectively been meeting AA’s payroll.) But management did note that Atlas did not intend to take any more government support.