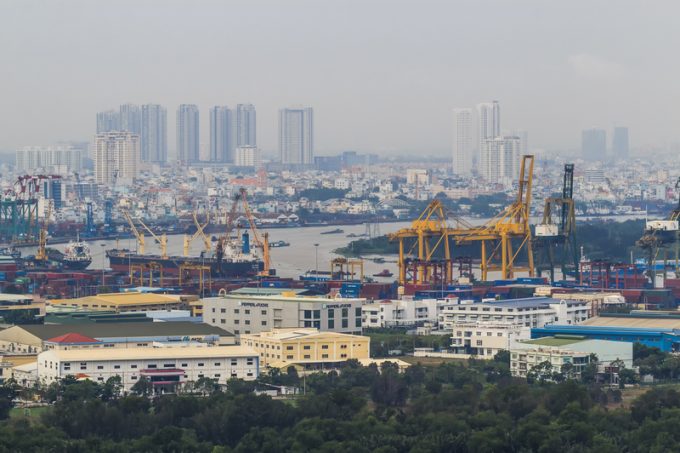 Port operations in South-east Asia have come under increasing pressure from a build-up in scrap cargo, following China’s crackdown on imported waste.

In a letter to customers, terminal operator Saigon Newport said handling operations had been “seriously impacted” by 8,000 teu of uncollected scrap cargo, resulting in temporary overcapacity. The terminal had previously restricted imports for a month in a bid to clear the backlog, but to no avail.

The problem appears to be a lack of valid import permits for the cargo, with the customs department clamping down on an increasing number of import violations this year, according to local media.

One local forwarder told The Loadstar the containers were being “re-routed via Vietnam and then smuggled via road into China”.

He claimed: “This has caused a big problem as not all containers could be transferred to China. Some traders are waiting to shift the containers to other countries. For example, Chinese companies have opened or are building factories in other ASEAN countries, like Malaysia.”

“In fact, plastic waste is not the main issue affecting forwarding operations, as port congestion at Cat Lai happened for years due terminal infrastructure, traffic in the surrounding area, vessel delays and cargo weight limit for trucking,” he said.

Glenn Kong, general director at nearby Vietnam International Container Terminals (VICT), said VICT had been unaffected since it had implemented policies to limit the dwell time of scrap containers.

He added: “The recent Chinese ban on plastic imports continues its impact around the world. Scrap is being diverted to other markets, particularly to many South-east Asian countries such as Malaysia and Vietnam. However, tonnes of plastic waste will end up in landfill, due to an absence of anywhere else to send it.”

Until this year, China was by far the biggest recipient of scrap, importing around half of the world’s plastic waste. However, a ban on plastic and a variety of other waste materials, announced last July, came into force in January and was expanded in April. This left US and European exporters in particular scrambling to find new markets.

US Census Bureau figures show recovered plastic exports to Vietnam in the first quarter were almost double that of the same period last year. And in Thailand, an increase in scrap cargo arriving at Laem Chabang has put pressure on authorities to ramp-up inspections. According to the Bangkok Post, local police discovered 58 tonnes of illegal plastic from 35 countries.

A Laem Chabang-based port executive claimed there had been no impact from increased scrap cargo on terminal operations so far, but Thai customs were stepping up inspections.

“My guess is that customs around the region may be doing the same thing, as this is unlikely to be a problem confined to Thailand,” he added.

Shipping lines are also feeling the effects of China’s change in policy. In its first-quarter report, Maersk Line highlighted the ban as one reason Asian exports from the US and Europe had declined significantly. And in an update sent to The Loadstar, the carrier said: “We do see decreases on volumes of waste imports into China.

According to this report from the China Daily, recent weeks have seen increased numbers of US ...

There have been growing suspicions among medical officers tracking Covid infection sources that the perishables ...