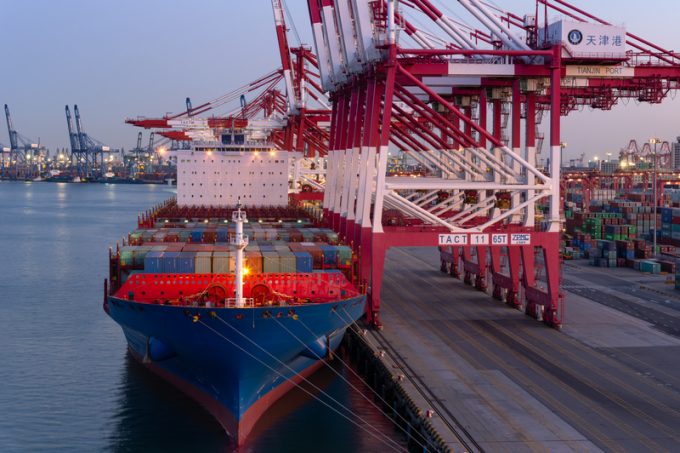 The port of Ningbo has largely recovered from its latest Covid disruption, but the risk of shipping delays from China has already spread to Tianjin and Shenzhen.

In an update yesterday, Maersk said: “Container gate operations have been recovered completely at Ningbo.” However, forwarders have reported severe disruption to landside operations, which are taking longer to recover.

Maersk said trucking had recovered to 75% of normal capacity, with some services remaining suspended in Covid-hit areas and “operational efficiency negatively impacted by the requirement of nucleic acid testing”.

Shippers hoping to get their goods out of China before the Chinese New Year holiday have little time to breathe a sigh of relief, however, because Tianjin has become the latest port city to feel the brunt of China’s “dynamic” zero-Covid policy.

The city of 14 million is undergoing mass testing, disrupting operations at the port, the largest in North China, with over 20m teu in annual throughput.

“Pick-up operations for all import containers have been suspended immediately,” the forwarder noted. “The shortage of staff at Tianjin Airport and ocean port terminals is likely to cause delay for cargo delivery and is expected to last at least 48 hours.

“Beijing airport is operating normally, but truck deliveries from Tanjin to Beijing are restricted,” the forwarder added.

Mass Covid testing is also taking place in South China, after a “cluster” of four cases was detected in Shenzhen, raising alarm bells for shippers hit by last year’s disastrous closure at Yantian.

Health officials claimed, without providing evidence, it was “highly likely” one infection was due to a supply chain worker being exposed to “contaminated goods”, according to the South China Morning Post.

The Loadstar understands operations at the port are so far unaffected but, like Ningbo and Tianjin, there’s a risk of delays due to testing workers and restrictions on trucking, forwarders said.

Meanwhile, with CNY and the Beijing Winter Olympics starting on 1 and 4 February, respectively, forwarders are expecting no let-up in potential cargo disruptions, given the current high levels of port congestion in the country.

For example, Fibs Logistics described congestion at Shanghai as “massive” and noted: “Vessels are delayed by about one week. Due to Covid-19 in Beilun district in Ningbo, some shipments are transferred to Shanghai, which resulted in further terminal congestion.”

The firm said China’s key gateway ports were generally suffering from a lack of space and equipment and, with the pre-CNY peak pushing up rates, “premiums are needed to secure space”.