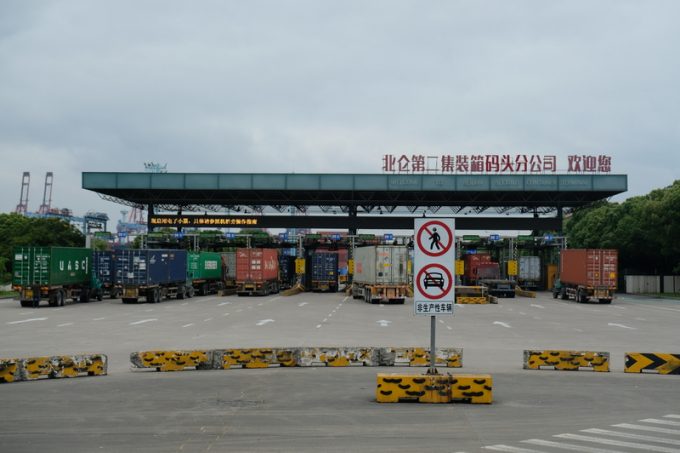 Forwarders are shifting volumes to congested-Shanghai to avoid landside delays, despite carrier schedules so far unaffected by the newest Covid-disruption at Ningbo.

Ningbo-Zhoushan Port has repeatedly fallen victim to China’s tough Covid restrictions over the past six months, with the latest lockdown taking place in Ningbo’s Beilun district, which borders three of the port’s container terminals.

Container loading and discharge is operating normally, but the impact on trucking and access to the port is severe, according to local forwarders.

One contact told The Loadstar: “Many truckers live in Beilun and there are complicated Covid-19 control policies there, so it’s extremely difficult to bring containers in or out.”

He added: “Some shipping lines may decide to omit Ningbo and, as there is only three or four weeks until Chinese New Year, we recommend shipping as early as possible from alternative ports instead of queuing for Beilun.”

Indeed, while Maersk told The Loadstar it had no plans to omit Beilun terminals from its schedules, the prospect of long landside delays has also prompted other forwarders to recommend shifting volumes from the port.

LCL cargo has been “severely affected”, another forwarder said, as some groupage containers were stuck at warehouses until they could be gated-in. The forwarder told customers: “For any LCL shipments booked from Ningbo but not delivered to us yet, please cancel the booking from Ningbo and divert the shipment to Shanghai immediately.”

Westbound Logistics said trucks could not move from Ningbo to most nearby cities, and drivers entering the city faced a 14-day quarantine. Therefore, it added, many international bookings were being rerouted through other ports which, in turn, is putting additional pressure on those hubs.

Westbound said: “Internal transport and landside costs are spiralling in some areas, typically round-trips to and from Shanghai take up to an additional eight hours. Ocean freight availability and rates, from both Ningbo and Shanghai, are likely to be impacted.”

Norman Global Logistics warned truck capacity could deteriorate, despite the introduction of a “green pass” scheme by the local government, adding: “While some 20% of drivers are getting their passes, others are under 14-day quarantines and we anticipate trucker shortages will increase.”

And the forwarder warned: “Heightened restrictions could result in production disruptions, including short-term delivery and order fulfilment delays. With many factories closing ahead of the new year holidays, from the middle of January, it is possible that orders may be held or unable to ship before the holiday, and carriers may cancel more sailings.”

Meanwhile, shippers searching for alternative ports may also run into feeder problems, according to Woodland Group. It said: “With limited traffic moving through Ningbo’s terminals, many shippers are seeking alternatives at smaller ports, such as Zhapu, that are not held under the same restrictions.

“However, many feeder services are suspended and therefore feeder capacity is severely limited.”