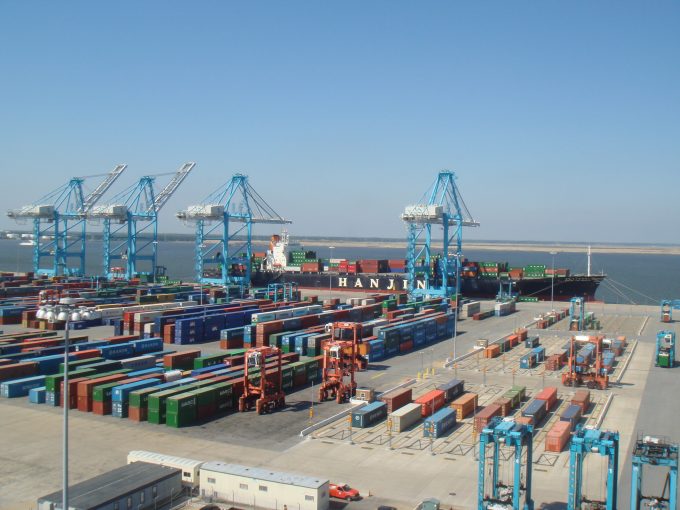 Container imports last month at the 10 largest US box terminals increased by 6.6% year on year to 1.65m teu.

According to Blue Alpha Capital, this follows a 4.7% uplift in imports in March and a 2.3% increase over the past three months.

He noted that most of the containers that arrived in the US in April had been shipped after the 25 February decision by the US administration to defer increasing tariff rates.

“I had expected a softer April as swollen mainland inventories were worked down. There had been clear front-loading since late 2018 to get in before scheduled and potential tariff increases,” said Mr McCown.

“With the latest announcements, we will start to see the negative impact of the higher tariffs in the June data. However, that will be mitigated by further front-loading if the possibility of the remaining $325bn of imports going to a 25% tariff is still on the table,” he added.

Indeed, the softness of the market for the US west coast has been reflected in a significant decline in container spot rates. According to Friday’s Shanghai Containerized Freight Index (SCFI), the 40ft rate for Asia-USWC stood at $1,340, having lost 15% in the past two weeks and 31% since the beginning of the year.

The sharp decline in freight rates has come at a critical period before the traditional peak season and prompted a number of carriers to blank sailings in an endeavour to squeeze supply and thereby push up rates.

And notwithstanding the impressive growth for the US east and Gulf ports, spot rates on the route have also been boosted by a capacity squeeze caused by temporary draught restrictions on the Panama Canal.

Another factor in the mix was the chronic landside congestion at the LA/LB ports in the early part of the year, caused by front-loading, which could have influenced a strategic shift from west coast to east coast ports.

The SCFI last week recorded the first decline for Asia-US east coast spot rates in a number of weeks, with the component ticking down by 4.2% to $2,597 per 40ft. Rates on the route have fallen 16% since the beginning of the year, but are 11% higher than a year ago.

In a cautionary note on the implications of the escalating tit-for-tat trade war between the US and China, Mr McCowan said: “Hold onto your seats, as the negative ramifications for inbound container volumes in the US, if we stay on this course, will be dire indeed.”