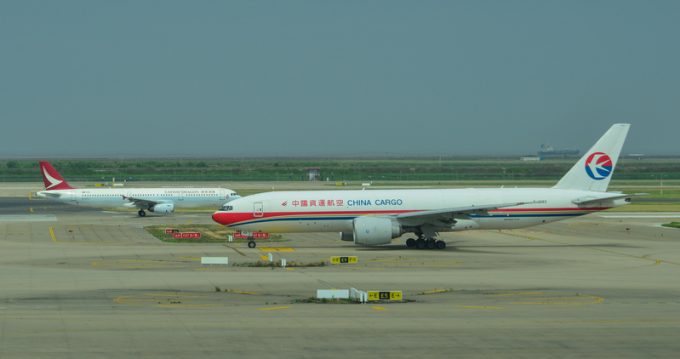 Airlines still flying out of Shanghai (PVG) could struggle with profitability after being unable to pick up shipments.

Yesterday, Accenture’s Seabury issued data showing that capacity out of Shanghai had fallen 40% from March – but new data from Clive Data Services shows load factors (LF) had fallen to the lowest levels ever recorded by the Xeneta-owned company.

“Capacity has shrunk tremendously – but even then, airlines can’t get goods on board. It’s very bad for profitability, it’s a double-whammy.

“We can’t see from the data, but it either means handlers are unable to load goods, or the cargo has diverted elsewhere. These are the worst load factor figures we have ever seen ex-Shanghai. The capacity is just not being used.”

One Shanghai-based air freight forwarder said there were no problems at the airport itself, explaining: “There are no issues with loading aircraft. The problem is that there is very little cargo delivered into PVG. And certainly loads of cargo has been diverted to other airports.”

He also questioned Seabury’s 40% figure – “I reckon there must be at least more than 60% capacity gone out of Shanghai” – but acknowledged that major airlines continue to operate, Chinese freighters in particular. (Seabury’s latest data, it said, shows that the figure for the past week is indeed 60%.)

As a result, rates have fallen, he added.

“Rates are not strong due to many factories being under lockdown or a lack of inland trucking to enable cargo to be delivered.”

There is still some time to go before Shanghai is restored, said the forwarder, adding: “I would guess the middle of May, or perhaps early May, for a partial easing of lockdown restrictions.”