News / Air cargo shippers: 'think about transport before you manufacture' 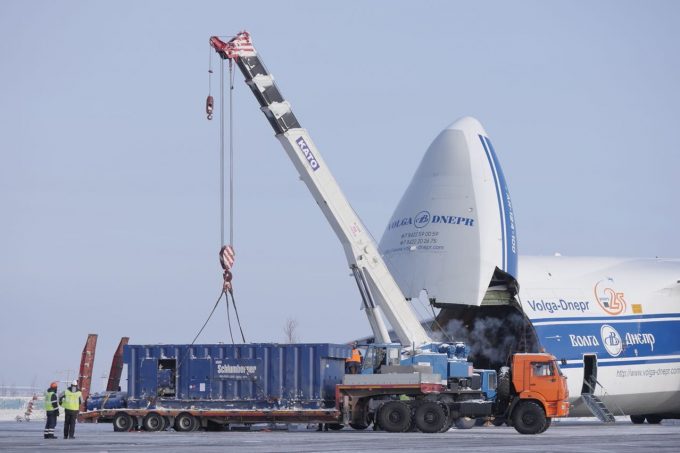 Shippers will need to consider the lack of large aircraft during their manufacturing processes, warned one charter broker today.

The loss from the market of Volga-Dnepr and Antonov’s AN-124s, as well as the world’s largest commercial aircraft, the AN-225, will create “a huge hole”, said Dan Morgan-Evans, global director cargo for Air Charter Service.

“Shippers will need to think about this before producing large loads,” he said. “They knew the Antonovs, so worked with those specifications. Now they will have to think about transport first.”

The AN-124s have been used substantially over the past two years, for general freight as well as oversize shipments and their absence “is going to impact the market quite heavily, there are very few alternatives”, he said.

ACS said it had spoken with European and UK authorities about using Stage 2 Ilyushins, currently banned for environmental reasons, in the region.

“The UK said ‘no’, but it may be possible for relief movements,” said the company.

Mr Morgan-Evans said Airbus’s Beluga, designed to carry large aircraft parts, was now on the commercial market, but did not know whether Boeing’s equivalent, the Dreamlifter operated by Atlas Air, was also available.

“The main issue with both, though, is floor strength. The Antonovs can carry very heavy pieces and they are self-handling, which makes a massive difference.”

The loss of some 17 widebodies from AirBridgeCargo’s (ABC) fleet was not currently problematic, he said, because air cargo is in a traditionally softer period.

“ABC was a big supplier, but this has come at a time when rates were starting to drop. We are in what is traditionally the low season, from March to August. The market is still buoyant, but this is the breather after Chinese New Year.

“Rates have dropped all over the world, even on the transpacific, so there is charter availability out there; we are not seeing the pinch points of November and December. The real outcome will be seen coming into the peak season – assuming the world doesn’t go into a freefall recession.”

There is one capacity pinch point, however.

“In the US domestic market there is a problem with availability. It’s busy, there is high demand for domestic charters, some of which is the automotive industry playing catch-up.”

He added that mid-range aircraft were now “in the ascendancy”, adding: “There is a lot of demand. Any freighter is worth its weight in gold now. There is a rush to convert, and get freighters back into the market.”

He noted that the charter market had been buoyant, in part, over the past year because of congestion and the lack of schedule reliability in ocean freight. That had spurred shippers and forwarders to book longer-term charter deals with airlines. But ACS is active in that market too, said Mr Morgan-Evans.

“We get a fair slice of the forwarder-airline longer-term business. We have forward bookings to 2023 and further – not all of them are booked directly with airlines.”

Humanitarian work is also on the rise; ACS has arranged 21 charter flights of Ukraine relief so far.

Air Charter Service is planning to expand its Miami operation and has appointed Brian Rodriguez ...