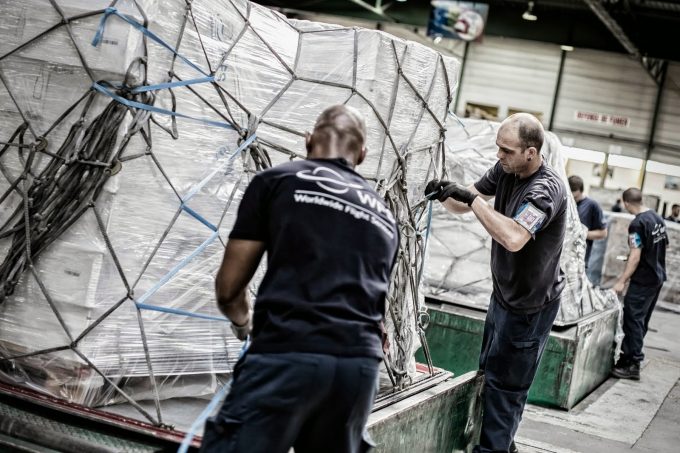 Global load factors hit 71%, which, given tradelane imbalances, suggests aircraft are reaching the “practical maximum,” said Niall van de Wouw, head of Clive Data Services, which calculates the most accurate load factors, based on both weight and volume.

“Clearly, the air cargo industry continues to face very difficult market conditions, but our latest data, for the week of 8-14 June, shows the highest level since we began measuring the ‘dynamic load factor’ in 2018. 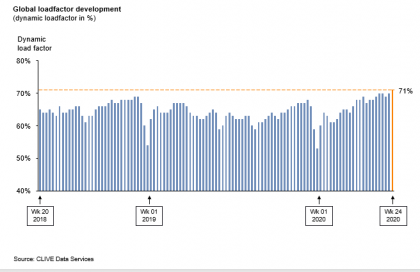 “Given the week-over-week reduction in capacity, growth in volumes and the lesser dependence on lanes with large imbalances (ex-China and HKG), and considering the trade imbalances that do exist, this suggests the level of capacity utilisation must be reaching the practical maximum.”

Freightos meanwhile noted that freighter block hours and utilisation in April, May and June was “well above” last year, despite overall 2020 air freight traffic expected to be “dismal”.

WorldACD today published its provisional May figures, also showing growth, While April volumes were down 34% year on year, May was down 29% year on year and up 11% on the previous month.

Yields rose less steeply, however, up 5% on April, in contrast with April’s 63% jump on March. WorldACD suggested that the passenger-freighters helped steady prices.

Regionally, of course, traffic varied considerably last month. While the Middle East and South Asia origin market was 70% down year on year in April, it went up 45% month on month in May.

Central and South America went up 14% between April and May, while North America rose 4%. Origin Africa saw yields in US dollars rise 13%, month on month, while Asia and Middle East rose 12%. Europe and North America saw a fall of 10%.

Interestingly, pharmaceuticals and temperature-controlled goods fell 1%, year on year – but perishables outperformed the market as a whole, said WorldACD. Fruit and veg went up 16% month on month while fish and seafood grew 26%.