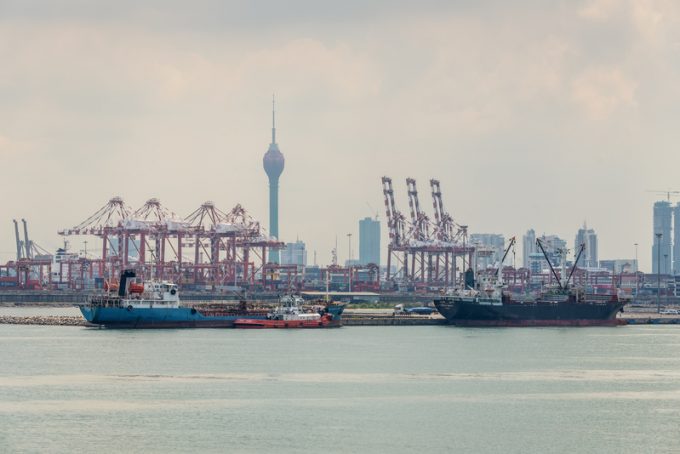 Sri Lanka’s port of Colombo is set for a new container terminal, after a protracted deal with Indian port operator Adani was finalised last week.

However, just as the ink dries on the port’s imminent capacity expansion, the disruption to shipping schedules and unprecedented freight rates has led to an uptick in direct calls to India, as carriers choose to bypass South Asia’s biggest transhipment hub.

Rohan Masakorala, CEO of Shippers’ Academy Colombo, told The Loadstar: “Rates are up 500% in some cases, so carriers can avoid transhipment on some services, go direct and fill up a whole ship. It makes economic sense and they can also clear the backlogs in the origin ports.”

Indeed, while Colombo temporarily lost some services last year, due to a 50,000 container logjam, the current challenges are linked to the wider disruption to global shipping schedules.

For example, Mr Masakorala said, Colombo was largely free from congestion – other than high yard density caused by large numbers of empties – but Sri Lankan shippers were still waiting “10 or 12 weeks” to secure bookings, due to schedule delays and rollovers.

“The global problem of high freight rates is prevalent in Sri Lanka and, unless you’re a big contract shipper, getting space is the biggest problem,” he explained.

Colombo handles around 7m teu a year, 80% of which is transhipment cargo moving through Colombo International Container Terminal (CICT), operated by China Merchants.

Sri Lanka Ports Authority had been keen to develop Colombo’s East Container Terminal (ECT), following years of double-digit throughput growth, but a consortium-deal with Adani and Japan fell through, following resistance from trade unions and political wrangling over foreign ownership – a controversial topic in light of heavy Chinese investment in the country.

Nevertheless, a new deal has now been signed with Adani to develop the port’s West Container Terminal, adding 3m teu capacity via a $700m build-operate-transfer agreement.

Given that Chinese-built Hambontota International Port is also expected to begin handling container traffic within the next few years, Mr Masakorala warned there needed a to be a swift return to double-digit growth to avoid creating overcapacity.

He added: “I’ve been arguing that the terminal operators should also look for partnerships with the shipping lines – they’re cash-rich at the moment and will be looking for investments in terminals. Otherwise, we may lose their interest in the long run.”

Despite the challenges, Mr Masakorala is still confident Colombo’s deep draught and ability to handle ultra-large containerships will maintain its advantage for the time being, with an estimated 30m teu a year up for grabs across the Indian Ocean.

“The advantage of this location and the deep draught is not available elsewhere in South Asia, the big 18,000 teu ships ships won’t be calling anywhere else. So that level of business will remain, but possibly the speed of growth might slow down,” he said.