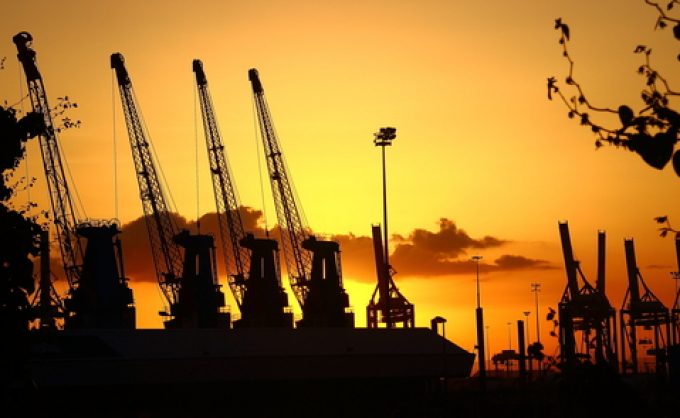 The Adani Group – India’s biggest port infrastructure developer and logistics behemoth – is rapidly pushing its network boundaries into new geographical markets as it aims to emerge as the world’s largest port operator by 2030.

The group has clinched a $1.2bn (NIS 4.1bn) deal to secure concession rights for Haifa port, Israel’s second-busiest gateway, in a joint bid with local partner Gadot Group. Haifa is a key intermediate hub in the Mediterranean region.

“Through the winning bid, the Adani-Gadot consortium has secured the rights to buy 100% shares of Haifa Port Company (HPC),” said Adani Ports and Special Economic Zone (APSEZ) in an announcement.  “The concession period of the Port of Haifa remains up to 2054.”

The port privatisation followed a two-year tender process by the Israeli government, which policymakers and stakeholders believed would help the economy on the back of port productivity gains and consequent logistics cost benefits.

That global investment continues a spree of port-terminal deals Adani has concluded over the past few years, at home and away, with a contract to build and operate a container transhipment terminal in Sri Lanka’s Colombo Port and an acquisition agreement for Gangavaram Port, the second-largest non-government multi-purpose harbour on India’s east coast, being the most recent notable ones.

Adani is set have a controlling 70% stake in the Haifa JV, with the remainder held by Gadot, a diversified marine logistics player.

“This win is strategic for us from several dimensions,” said APSEZ CEO Karan Adani. “It gives us a much larger presence in Israel, one of India’s most strategic partners, with whom the Adani Group has been working for six long years to build a network of relationships across several industries.”

Mr Adani added: “In the short term, we look forward to developing strategic trade lanes between our ports in India and Haifa and help facilitate trade between the two countries, diversifying the port cargo as well as leveraging our expertise to increase the operational efficiencies.”

Haifa Port is located towards the north of Israel. The harbour, which currently handles nearly half of Israel’s containerised freight, features two container facilities and two multi-cargo terminals, with a total 2.9km quay length and draught availability ranging from 11m to 16.5m.

“Our partnership with Adani blends the best of two worlds – our expertise in handling cargo in Haifa Port and Adani’s world class capability in managing port operations,” said Opher Linchevski, CEO of Gadot. “The length of the lease and the growth that we anticipate in the Israel economy as well as the surrounding regions means we are well positioned to invest to build one of the best ports in this region.”

Adani now commands more than 30% of India’s total port capacity, with Mundra Port being its top bet on the container side out of 13 port locations in the country.  According to the latest industry analysis, the Adani terminal network accounts for more than 40% of the Indian container market and this is expected to swell with Adani working to add a dedicated container-handling facility at Gangavaram.

Mundra has already outpaced Nhava Sheva (JNPT) to become India’s busiest container handler.  The growth gap between the two is likely to widen further, as the former sees significant transhipment flows from MSC and CMA CGM, its strategic terminal partners at Mundra.