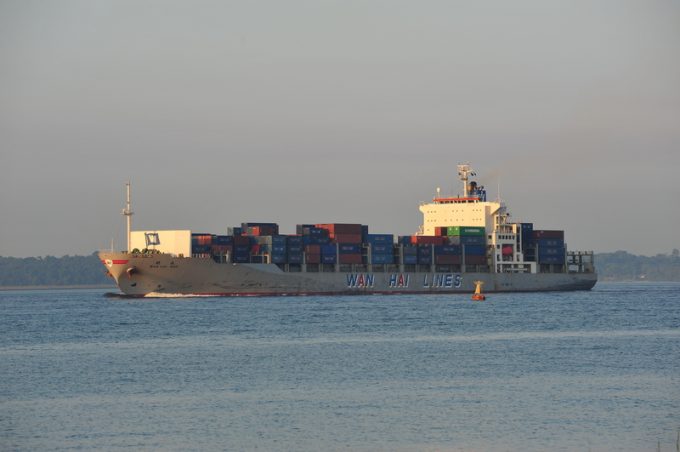 Challenger ocean carriers Wan Hai, SM Line and Zim have taken full advantage of the insatiable demand from US consumers for Asian imports to substantially grow their transpacific capacity.

Moreover, with a relatively lower ratio of contracted business than their alliance peers, the trio have been able to fill their additional slots with more lucrative spot cargo, thus significantly increasing the profitability of each voyage.

From 1 January to 1 August, Taiwan’s Wan Hai, South Korea’s SM Line and Israel’s Zim recorded capacity growth between Asia and North America of 143%, 34% and 28%, respectively, according to Alphaliner data.

The consultant said Wan Hai had doubled its standalone Asia to US west coast services, from two to four, and launched its first Asia to US east coast loop.

“This explains its 143% growth and the corresponding increase in its market share, from 1.6% to 3.5%,” said Alphaliner, which also noted that of the 73,500 teu of capacity added this year on the transpacific, some 12,500 teu had been provided by Wan Hai.

Meanwhile, Zim has been equally aggressive on the route, adding nearly 6,000 teu a week of extra capacity, boosting its market share in the process from 3.7% to 4.2%.

The carrier operates as an independent line between Asia and the US west coast, but for services to the east coast it works within the constraints of its slot charter agreement with 2M partners Maersk and MSC.

Zim posted a net profit of $888m in the second quarter, from a 44% increase in volumes. Revealing the impact of its highly profitable US west coast operations on its bottom line, Zim recorded the highest average freight rate of all of its rivals in Q2, at $2,341 per teu.

Notwithstanding the much-improved profitability of the challengers, unprecedented demand on the route and supply chain disruptions have opened a window of opportunity for intra-Asia regional carriers, such as China United Lines and BAL Container Line, to offer ad-hoc services on both the transpacific and Asia-North Europe tradelanes.

Indeed, CU Lines has shot up Alphaliner’s top 100 carrier rankings from a lowly 82nd at the beginning of the year to 28th, with a current fleet capacity of 54,786 teu.

And, according to Alphaliner, the continued high freight rates on offer on headhaul transpacific and Asia-North Europe routes are likely to attract other players.

“More Chinese regional carriers are expected to organise extra sailings or services on the east-west trades as they are drawn to the sky-high rates on the spot market,” it said.

But despite the challenges from opportunist outsiders, the three alliances, 2M, Ocean and THE, still dominate the main east-west trades and appear able to brush off any long-term threat from much smaller rivals.

“The members of the three control 99.5% of all capacity in the Asia-Europe trade and 88.6% between Asia and North America,” said Alphaliner.