News / 'A hard landing' as Asia-North Europe freight rates collapse to $1,000 a box 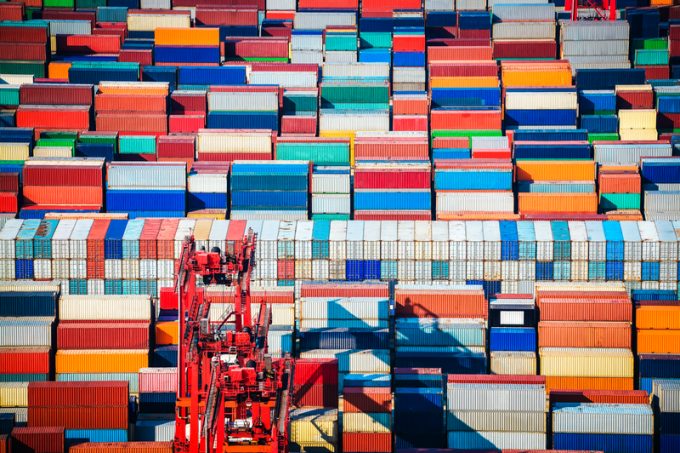 There seems to be nothing ocean carriers can do – or are prepared to do – to stop the rapid slide of container spot rates this side of the Chinese New Year.

Drewry’s WCI Asia-North Europe component lost another 10% this week, dragging the reading down to $1,965 per 40ft, having lost half its value in the past four weeks.

If the rate erosion on the tradelane continues at this pace, spot rates recorded by the WCI will be below $750 a teu by Christmas.

However, notwithstanding that the WCI’s spot rate has dipped below the watershed $2,000 level, The Loadstar has received unsolicited rates this week from a China-based forwarder of $1,000 per 40ft for prompt shipment from all main ports in China to the UK ports of Felixstowe, Southampton and London Gateway.

According to Vespucci Maritime CEO Lars Jensen, the liner market is officially experiencing “a hard landing”, with the only light at the end of the tunnel that of the early Chinese New Year on 22 January.

“The present course for the market is for spot rates to reach the bottom after the Chinese New Year,” said Mr Jensen.

The consultant said that, providing the global recession was mild and an inventory correction was the main driver behind the demand collapse, then there could be a cargo surge next summer, leading to a new spot rate spike.

But if the recession turns out to be deeper and more prolonged, Mr Jensen sees a scenario where demand next year is subdued and a cargo surge only materialising in the lead up to the 2024 Chinese New Year.

“In either case, the collapse will cause a large amount of operational turmoil in the next few months, as carriers will continue to blank a large number of sailings in an effort to halt the slide in spot rates,” said Mr Jensen.

To hear more about why ocean contract rates are about to tumble and what you should do about it, according to Peter Sand, chief analyst, Xeneta, check out this clip from the latest Loadstar Podcast

Indeed, Maersk’s Asia Pacific market newsletter this week describes the slump in container spot rates as “dramatic” and said it was “adjusting” its network “to match the new reality”.

Meanwhile, on the transpacific, the Freightos Baltic Index (FBX01) reading for Asia to the US west coast lost 26% of its value this week, to $1,430 per 40ft with the spot rate having devalued by half in the past fortnight.

Nevertheless, after US consumers spent a record $9.12bn online during Black Friday this year, retail inventories will need replenishing, and fresh orders could give a boost to bookings for transpacific carriers, as well as halting the fall in spot rates.

“Despite the gloom, there are signs of buoyancy in some retail sectors in the US,” said Maersk.

On the transatlantic outlier tradelane, the introduction of new services and upgraded tonnage on the North Europe to US east coast headhaul route has yet to have an impact on the spot indices, with Xeneta’s XSI component just edging down 1% on the week, to $7,288 per 40ft.