News / 2021: a year of Covid variants and milking the freight rate cash cow 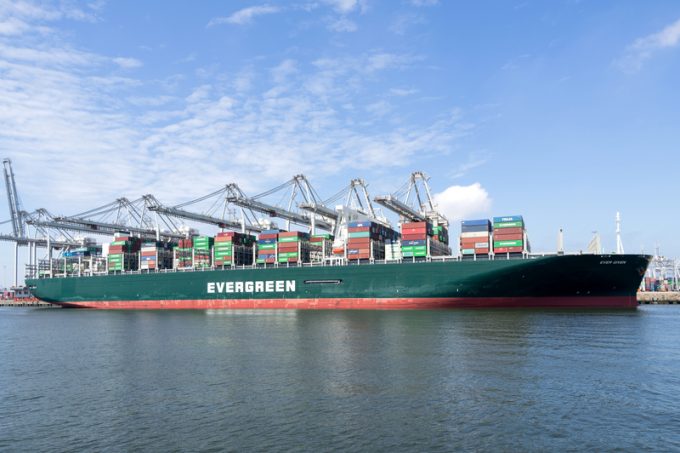 Meanwhile, 2021 proved to be a very challenging year for shippers, but an exceptionally profitable one for ocean carriers and containership owners.

Soaring freight rates – both short-term and contract – along with a dysfunctional and, at times, broken supply chain heaped more misery onto the shipper community over the past year.

Following the Chinese New Year in mid-February, there was a brief glimmer of hope that rates had peaked and carriers were beginning to regain some semblance of schedule reliability – but then along came the hapless Ever Given, attempting a three-point turn in the Suez Canal and blocking the waterway for a week in March.

The pent-up demand from the stymied Asia-Europe supply chain overwhelmed container hub ports in North Europe, and the effect of chronic ship delays and equipment shortages rippled around the world.

None more so than the southern Californian ports of Los Angeles and Long Beach, where disrupted schedules, container shortages and a spike in consumer demand conspired to back-up ships awaiting berths and labour for weeks at a time, reaching peaks of more than 80 idled vessels.

And even when ships reached a discharge berth, landside delays and a dearth of truck drivers in the US and Europe led to reports of Halloween costumes arriving in mid-December!

Already on the ropes from taking hit after hit from carrier rate increases and de rigueur premium fees (essential to secure equipment and prevent containers being rolled) shippers were dealt a blow below the belt with extortionate demurrage and detention (D&D) charges.

Carriers continued to spew out D&D invoices to shippers often unable to pick up containers from chronically congested terminals, or return the boxes when empty.

And, notwithstanding that a significant part of the D&D charges is pure profit, the shipping lines were not under any commercial pressure to negotiate reductions and all protests fell on stony ground, with regulatory warnings largely brushed aside.

Carriers didn’t really need the money – their record quarterly profits even exceeded their best-ever annual returns, with the cumulative 2021 result for the industry now expected to exceed $150bn!

With only around a third of their earnings spent on ordering new ships, the carriers still had plenty of money to burn, so raids on the logistics sector, crossing over into the air freight space, and terminal acquisitions – and, in fact, anything that popped up on the M&A radar screen was fair game.

With an estimated 20% of the cellular fleet idled at ports around the world, it was the turn of beleaguered containership owners, many of which had tottered on the brink of insolvency for years, to reverse the tables on their carrier customers and ratchet up daily hire rates for chartered tonnage.

Indeed, some panamax ships of 4,000-5,000 teu that were destined for the scrapyard only a few years ago, achieved eye-watering rates of $100,000 a day or more, with long-term fixed-rate highly elevated deals becoming the norm.

Mirroring the hold they had over shippers, the lines, concerned that they were being held to ransom by shipowners, went on a frantic tonnage buying spree, thus spiking the asset values of all sectors, which in some cases exceeded the original build price.

It was no surprise, therefore, that the demolition market, which only a few years before had exceeded 750,000 teu of vessel deletions annually, was reduced to almost zero, as “anything that floats” was put into service.

As a consequence of the much higher freight rates, for the first time in many years the economic barrier for new entrants to trades came down, with several new services springing up from old-fashioned liner operator disrupters that still understood the value of looking after their shippers as customers.

Unfortunately, the outlook for shippers in 2022 is more of the same, at least until the second half of the year. They face a difficult choice between ‘the devil and the deep blue sea’ of taking their chances in the spot market ‘casino’, or signing up to loaded multi-year contracts.

But for carriers, it looks like they will still be milking the highly elevated freight rate cash cow for some time to come.