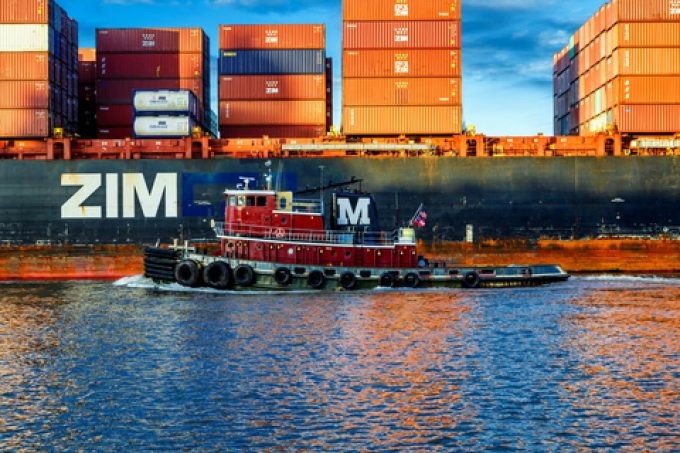 On the other hand, Zim’s average rate per teu increased 7.9% to $1,071, underlining how carriers’ tight grip on capacity and costs has yielded bumper results.

Eli Glickman, president and CEO, added: “The decreasing charter and fuel rates, as well as the freight rate levels, also had a positive impact on the results.

“During the first half of 2020, we continued to introduce innovative services to customers to cater for market demands. Our agile response and strong initiatives were very well received by shippers. We also continued to broaden our array of digital tools, improving the way we do business with our customers.”

Zim’s results come hot on the heels of the profit-drenched second quarters of Maersk, Hapag-Lloyd and even HMM, which moved into the black after 21 consecutive quarters of negative results.

Lars Jensen, CEO of SeaIntelligence consulting, has described the carriers’ newfound ability to control capacity and prop up freight rates – largely through blanked sailings – as a “new competitive landscape”, which evolved after widespread industry consolidation. As a result, he said, the perennial era of “all savings and more” being passed on to shippers was over.

Mr Jensen said Zim’s Q2 results were “re-confirmation of the financial strength among the large global container carriers. Their total volume loss of 12.3% was slightly more than the global market decline of 10%.”

Meanwhile, the surging freight rates seen on the transpacific trade has piqued the curiosity of China’s ministry of transport, which has reportedly written to six of the largest carriers seeking “an explanation” for the rises.

And, while rates skyrocket, schedule reliability and service levels are “extremely low,” according to Drewry.