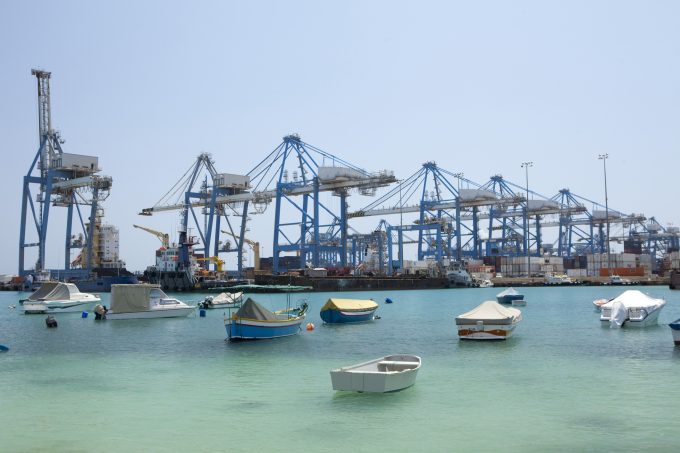 Fast-growing Turkish port operator Yilport is targeting brownfield and gateway ports alongside its bid to acquire US rival Ports America to spearhead a global expansion drive.

Turkish shipping and logistics magnate Robert Yildirim, the terminal operator’s founder, recently told Reuters it had a $10bn war-chest for investments – with $5bn earmarked for the port sector.

At this month’s TOC Container Supply Chain event in Hamburg, Yilport’s recently appointed chief executive, Christian Blauert, told The Loadstar it was looking for new targets while the integration of the recently purchased Spanish and Portuguese group Tertir continues.

“Yilport’s international expansion strategy is based around markets that are, at the moment, secondary for us – we are looking at South and North America. We bought the Iberian set-up, so when we see an opportunity we go in on the basis of our evaluation, and there is no area we would exclude.

“We are bidding for concessions as well as looking for acquisitions. We are not so focused on greenfield concessions, but in our existing portfolio we have bids for new terminals and bids for concessions when they are ending.

“However, brownfield projects are particularly interesting, because there is often an existing business and volumes we can grow and optimise,” he said, adding that Yilport had also become well-rehearsed at dealing directly with shippers, particularly given a preference for running gateway terminals.

“We are in a lucky situation that, besides Malta, most of our terminals are 90% local cargo, and our business development strategy is to go to the cargo. We are in close contact with forwarders and our liner customers to catch the shippers directly.

“We have one project where we also operate the yard of shipper. We are strong in logistics. We have trucking and dry ports, and some customers ask us to operate their local yard. From these we directly feed out terminals. In one project we are packing the containers with newly built cars at the factory and stuffing them for the manufacturer,” he said.

He confirmed that Yilport had put in a bid for Ports America, but would not comment further other than to say it would make a final bid “soon”.

At Tertir, the acquisition is still being integrated into Yilport’s innovative ‘control tower’ system, which sees its portfolio of terminals controlled from its headquarters in Istanbul.

“We are in the integration phase of Tertir – the final sign-off and confirmation was in February. Typically, integration takes 100 days and due to the fact that we take over quite a lot of ports, we have a standard procedure: we check the reporting and financial systems and link those to us. Then it is on to the local management to see where we can improve the operations.

“Our Yilport control tower is in Turkey, which houses our software and Navis system. From there we are monitoring all the activities on our terminals globally. Our supervisor is checking sequences and movements directly with crane drivers onsite, say in Oslo, so if the supervisor sees something wrong they will be in touch directly with the driver in Oslo,” he said.

He admitted, however, that one of the chief difficulties had been integrating different cultures.

“It is an issue. We have Norwegians, Swedes, Turks, Portuguese and Spanish. We have initiated a process of exchanging people around the world to share knowledge. We also run things such as English-language training programmes,” he said.