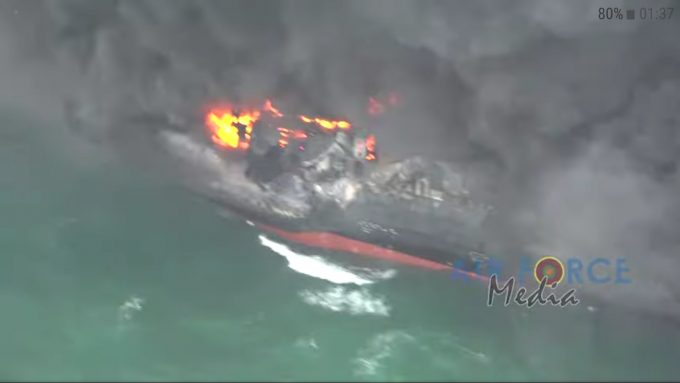 The captain of the X-Press Pearl, which has been burning off the coast of Colombo, Sri Lanka for nearly two weeks, has been detained in the country, along with the chief engineer and deputy chief engineer, by order of Colombo Magistrates Court today.

Local reports suggest police enquiries have begun into how the vessel caught fire, and the steps taken by the crew to deal with unstable chemical cargo thought to have been the cause of the blaze.

The Sri Lankan CID is understood to have taken statements from rescued crew members.

There are reports that beaches from Kalpitiya to Kalutara are littered with plastic pellets that have led to the death of fish and turtles in the area.

“Metal parts and other debris from the ship had led to contamination of the sea and beach areas. Fisher folk were warned not to fish and people are concerned about consuming fish as a result,” reported the Daily News.

X-Press Feeders, owner operator of the vessel, said it would co-operate fully with the investigation into the fire and subsequent pollution.

Meanwhile, it is understood that the flames on the vessel have died down, but that investigations by divers into a breach of the hull have not been substantiated.