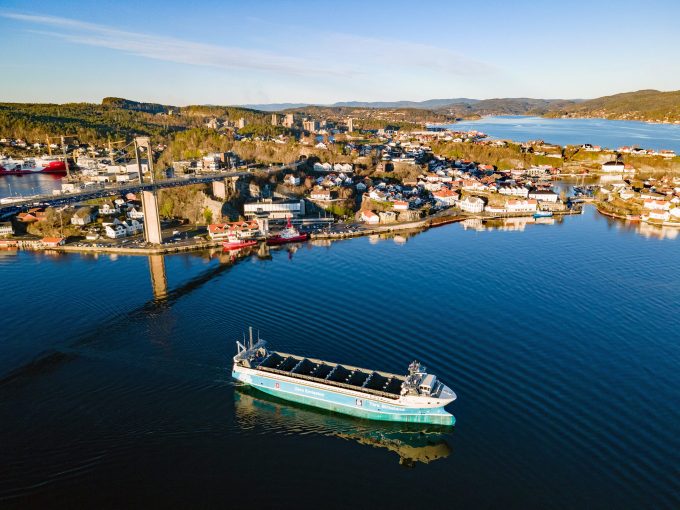 At the opening of Singapore Maritime Week today, Singapore minister for transport S Iswaran declared that Singapore would sign up to the Clydebank Declaration.

It’s a statement of intent to set up “at least six” ‘green corridors’ for carbon-neutral shipping, .

Singapore will join Japan, Australia, New Zealand, Fiji, the US and several European countries – 22 signatories in all – in signalling its intent to establish specific decarbonisation tradelanes.

The routes will be akin to special economic zones for ships, where operators are granted incentives to trial and commercialise new decarbonisation solutions.

It is also thought that green corridors will provide patterns of predictable demand for low-carbon fuels, which will drive adoption and scaling-up of new fuel types.

As well as being the world’s primary shipping cluster and second-largest port, with 37.5m teu handled in 2021, Singapore is the world’s largest bunkering hub and is likely to exercise an major role in the implementation of the declaration’s provisions. The port bunkered some 50m tonnes of ship fuel in 2021.

“The maritime sector plays a critical role in international trade and the global economy,” Mr Iswaran said. “To ensure its reliability, resilience and readiness for the future, the maritime industry must transform, and embody the essential elements of continuous innovation, boundaryless collaboration and strong talent development.”

The Maritime and Port Authority of Singapore (MPA) last year partnered with the IMO on NextGEN (Green and Efficient Navigation), a portal designed to link stakeholders and help them coordinate decarbonisation efforts across shipping.

Earlier this year, it was also announced that the Global Centre for Maritime Decarbonisation (GCMD), an MPA-funded body, tapped-up DNV to conduct a study into the safe bunkering of ammonia, which, if sourced from renewable feedstocks, is one of few options available for carbon-free ship operations.

“A precursor to the demonstration of ammonia bunkering in Singapore, the intent of this study is to define a robust set of safety guidelines and operational envelopes that will establish the basis of a regulatory sandbox for trials at two local bunkering sites,” the centre said.

The Next Wave: Green Corridors, a study authored by the Global Maritime Forum, McKinsey, World Economic Forum and others late last year, estimated that around 62GW of hydrogen electrolyser capacity would be available in Europe, the Middle East and Australia for bunkering vessels on Asia-Europe trades. It also indicated that ammonia, rather than methanol, would “have the cost advantage on this route”.

“The news that Singapore has signed the Clydebank Declaration is very welcome — Singapore plays a major role as a hub for the maritime economy, and both public authorities and industry stakeholders based in Singapore are already looking to be first-movers in decarbonisation,” Global Maritime Forum project director Jesse Fahnestock told The Loadstar.

Contract logistics is on the verge of a period of sustained growth, due to the ...