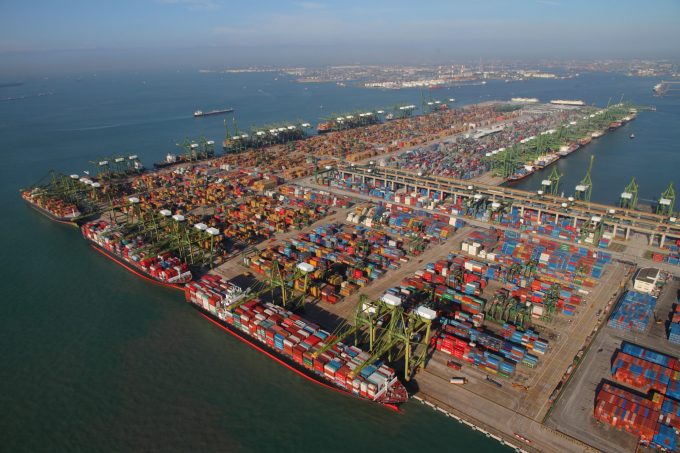 An agreement for a ‘green corridor’ system between the ports of Singapore and Rotterdam will, at least initially, take a more digital approach owing to a lack of available zero-carbon fuels.

Plans to create a route between Singapore, the world’s largest bunkering hub, and Rotterdam, the second-largest, were announced in August.

However, the Global Maritime Forum notes in its latest report, the 2022 Annual Progress Report on Green Shipping Corridors, that while green corridors have made considerable and even unexpected headway, the schemes have been “too shipping-centric”, meaning manufacturers and suppliers of low-carbon fuels have yet to be engaged in the process.

“More needs to be done to involve cargo owners and producers of future fuels if important obstacles are to be overcome,” it says.

At the end of November, Singapore’s Global Centre for Maritime Decarbonisation (GCMD) made an agreement with Gard, a Norwegian maritime insurer, to ‘de-risk’ the transition to green fuels and technology by assessing operational risks (for example, loss of propulsion, seen at the time shipping transitioned to low-sulphur fuels) “…and provid[ing] the insurance needed to test, and eventually scale up these technologies”, according to a joint statement.

At last month’s TOC Asia conference a few days later, Professor Lynn Loo, CEO of GCMD, said the group was “…increasingly… realising it is really important to think about the landside as well, without landside infrastructure you can’t decarbonise shipping”.

In the meantime, it looks likely that green shipping corridors will target digitalisation initiatives, such as optimising arrival times and weather routing.

Ports can also provide advance notice of cargo departure, meaning that the destination port can address problems like customs clearance and drayage ahead of time, cutting down on double-handling, container moves and, ultimately, reducing emissions.

Global Maritime Forum counts 110 companies getting involved in green corridor activity this year and more than 20 initiatives under way, but these have some way to go before they translate into firm action, said project director for decarbonisation Jesse Fahnestock.

“Green corridors have captured the maritime sector’s imagination, and the number of initiatives that have been launched in one year is genuinely exciting.

“These corridors are all at very early stages, but as they move towards implementation, this report can provide a platform for monitoring and sharing global progress. Already, the report has identified some key recommendations for accelerating action and improving impact.”