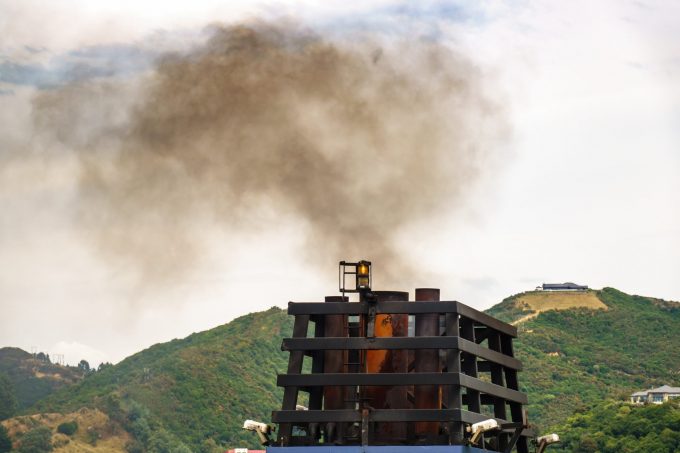 Carbon pricing could rise to as much as $360/tonne in the 2030s, according to a Getting to Zero Coalition (GtZC) report published today.

But the addition of LNG powered vessels, which emit the potent methane gas, could see costs rise even higher..

Closing the Gap offers an outline of the policy options available to regulators that will encourage vessel operators to switch from carbon-based fuels to zero-emission energy.

The Getting to Zero Coalition is a partnership between the Global Maritime Forum, the Friends of Ocean Action and the World Economic Forum, however, the report was written by a team of experts from the University College London’s UMAS shipping research unit and GtZC.

Closing the Gap investigates two possible scenarios, where emissions are reduced by either 50% or 100% by 2050, and in each case the carbon price would be applied from 2025, with GHG emissions peaking in 2030.

Achieving a 50% reduction in GHG emissions by 2050, the carbon price level averages $173/tonne CO2. In the 100% decarbonisation scenario, the average carbon price would be around $191/tonne CO2.

However, one of its authors, UMAS’s Isabelle Rojon, told The Loadstar: “We see the report as a conversation starter on the different policy instruments and some of the design options, and hopefully as a useful input to the IMO’s workplan on the mid- and long-term measures.”

Ms Rojon pointed out that policy preferences on the mechanisms to reduce greenhouse gas (GHG) emissions to zero would still need to be “thrashed out”, including all GHG emissions from all carbon-based fuels, such as LNG and NOx, throughout the fuel’s lifecycle, “and not just operational emissions”.

As such, the cost of GHG emissions for a fuel such as LNG, or the NOx emissions from burning hydrogen or ammonia, will need to be measured and the carbon price calculated.

Carbon dioxide currently accounts for 98% of shipping GHG emissions, known as CO2 equivalents, or CO2e. Closing the Gap does not detail the effects that a potent GHG, such as LNG, will have on carbon pricing.

However, Ms Rojon explained: “This is because during the 2020s, under the cost assumptions applied, the fuel [LNG] is not competitive relative to oil-derived fuels, and during the 2030s, as the regulatory pressure to decarbonise strengthens, the high GHG emissions of this fuel strongly disincentivise its use.”

She added: “Having said that, I completely agree that shipping decarbonisation policy should not just regulate CO2, but CO2-equivalent, which is an aggregate of all GHGs but expressed in terms equivalent to 1 tonne of CO2. To do this, other GHG emissions species are multiplied up by a ‘global warming potential’ to make their climate impacts equivalent to CO2. One tonne of CH4 [methane] or N2O [NOx} has a much greater warming impact, so their multipliers are greater than one.”

Effectively, the calculation made to put a price on CO2e emissions could drive the price of LNG, which is around 80 times more potent as a GHG, to much higher levels.

Ms Rojon also points out there is a need to “protect against unintended consequences, such as increases in other GHG species,” which includes LNG.

“Technologies to control CH4 and N2O exist and, depending on whether combustion or fuel cells are used, may be needed, she concedes.

“We have an uncertainty margin on the capex figures we use in the modelling, which is inclusive of the cost of these technologies where they turn out to be needed. On that basis, for these scenarios the control of CO2 in the modelling is under those assumptions, also representative of control of CO2e, which would follow the same trajectory.”

There are close to 200 LNG-powered vessels of all types on order: CMA CGM is a major operator of LNG containerships, with some 14 on order; Hapag-Lloyd has ordered up to 12 gas-powered ships; and non-operating owner Seaspan has 25 LNG ships on order.

Last year, the Intergovernmental Panel on Climate Change, a body of scientists and others from 195 countries, warned that methane was a key component of LNG and must be curbed to meet the Paris goals of maintaining global warming to 1.5˚C or below.