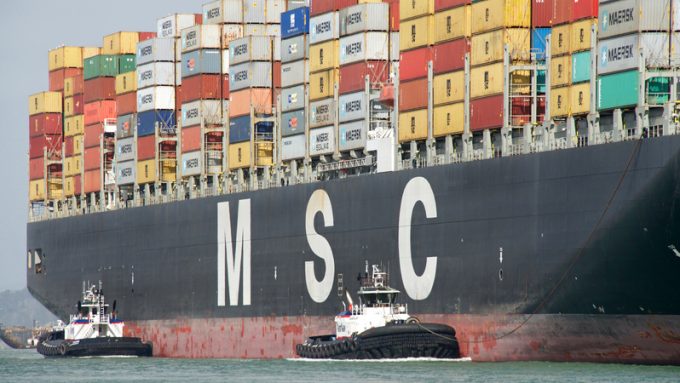 Ocean carriers flush with cash after an estimated cumulative $1.8bn Q2 net profit and with even better results predicted for Q3, are targeting the S&P market for quality second-hand tonnage.

MSC, which does not publish results, but as the second-largest carrier can be assumed to be trading highly profitably, has completed the purchase of the 5,456 teu post-panamax SM Tacoma, at a reported $10.5m, from ship recycler GMS.

The 20-year-old ship was sold for scrap in February for an undisclosed fee, although according to vesselsvalue, its market and demolition value is just $9.43m.

However, with the charter market in the sector ‘sold out’, MSC clearly saw an opportunity to trade the vessel profitably and “rescued” the vessel from the scrap yard.

Alphaliner reported last week that the LCS ‘wide beam’ 4,300-5,499 teu sector was not only sold out, but supply was “expected to stay tight”, with only one vessel becoming open in the next month.

“Rates continue to rise significantly, with a 4,957 teu unit getting fixed for a period charter at $19,800 a day, up from the $17,750 concluded recently for a comparable ship,” said the consultant. Interestingly, MSC chartered the ex-SM Line vessel two years ago for just $10,300 a day.

Another factor for MSC in purchasing the SM Tacoma would have been the continued low price of bunkers, which mitigates the impact of the poorer fuel economy associated with a 20-year-old ship.

And the carrier has lost no time putting the vessel back into service, on its Middle East-India-Asia network.

London broker Braemar ACM reported this week that the second hand-market “continued to be active, with a number of older ships on the receiving end of buying interest from liner companies”.

It added: “The more buoyant market is also bringing further sales candidates back into the market, so we expect activity to continue in a brisk manner.”

Another S&P broker source told The Loadstar this week the market had “gone crazy”.

“They [carriers] are turning over every stone to find container tonnage as the charter market is empty, and they are no longer concerned about the fuel economy of a candidate, just its trading history,” said the source.

As a consequence of the massive increase in demand for what one broker described as “any box ship still floating”, the demolition market for containerships has virtually dried up. Braemar ACM reported just three demolition sales so far this month, following seven in August and 34 vessels across June and July.