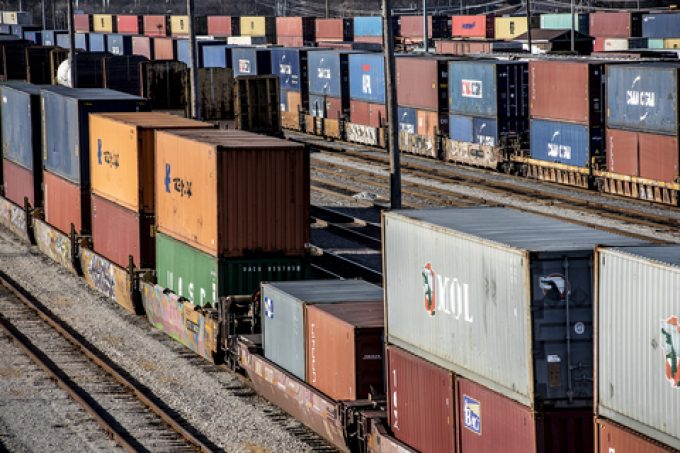 US president Biden stepped in at the eleventh hour to avert a work stoppage that could paralyse the severely strained rail system.

With the possibility of industrial action as early as today (18 July), he signed an executive order on Friday for a board of arbitrators to seek a solution to the railway contract dispute simmering since January 2020.

During the 60 days given to the board to develop a compromise, no industrial action can happen.

“I have been notified by the National Mediation Board that, in its judgment these disputes threaten substantially to interrupt interstate commerce to a degree that would deprive a section of the country of essential transportation service,” the president wrote in the order.

While the rail labour unions and carriers had expressed a desire to resolve their long-standing dispute, 115,000 rail workers were in a position to begin industrial action today after the Brotherhood of Locomotive Engineers and Trainmen voted almost unanimously (99.5%) in favour of a strike – unless the government was to intervene to mediate.

The two sides have been at loggerheads over wages and worker benefits, but also over work rules. The central conflict here is around carrier plans to reduce train crews from two to one person.

Earlier this year the National Mediation Board had stepped in to break the impassé, but last month it threw in the towel and released the parties from mediation, triggering a 30-day cooling-off period that expired yesterday.

Several industry groups – including the National Retail Federation, Chamber of Commerce, Intermodal Association of North America (IANA) and the American Trucking Association – have been urging the White House in recent weeks to step in and appoint mediators in order to prohibit a stoppage, warning of disastrous consequences.

In her letter to the White House, IANA president and CEO Joni Casey painted the risk of nationwide rail shutdown in the middle of the peak season.

“Failure to reach a reasonable agreement could result in disruptions not just in the rail industry but the broader supply chain, from manufacturers to retailers to consumers,” she warned. The downstream effect of such an event would be further supply shortages and higher costs to Americans at a time of record inflation. Nobody wants this to occur, and political leaders can play an important role.”

“It is imperative that the administration act to prevent any disruption to America’s rail service,” wrote US Chamber president and CEO Suzanne Clark. “Any breakdown would be disastrous for US consumers and the economy, and potentially return us to the historic supply chain challenges during the depths of the pandemic.”

There is a broad consensus that the US rail system is in a precarious state and would be unable to withstand a severe disruption. In a press conference on 13 July, Gene Seroka, executive director of the port of Los Angeles, voiced concern over the build-up of containers at the docks caused by rail service issues and warned that failure to address this would be a major risk to supply chains.

“All eyes are focused on improving the rail product. Full stop. The bottom line is that we must take action on this issue immediately to avoid a nationwide logjam,” he said.

In addition to congested rail facilities and shortages of equipment, the industry is seriously short of staff – largely the carriers’ own doing. In the years before the pandemic, they slashed employee numbers in their quest to implement precision railroading, and now they find themselves unable to attract enough recruits.

Martin Oberman, CEO of the US Surface Transportation Board, has blamed the rail companies in part for the deterioration in their service levels, accusing them of operating with “bare bones” workforces after shedding 45,000 staff over six years.

The mediation board created by the president’s executive order will conduct hearings with labour and employer representatives and report its findings to the White House after 30 days. This will be followed by discussions of the recommendations with opponents. Both sides have welcomed the appointment and expressed hopes that this will break the impassé. If no solution is reached after 30 days of negotiations, Congress could step in to prohibit a stoppage and craft a binding agreement.

Eleven years ago, President Obama went the same route as Mr Biden now, establishing a mediation board to break an impassé in a long-lasting labour dispute. That time it was contract negotiations between rail companies and unions.