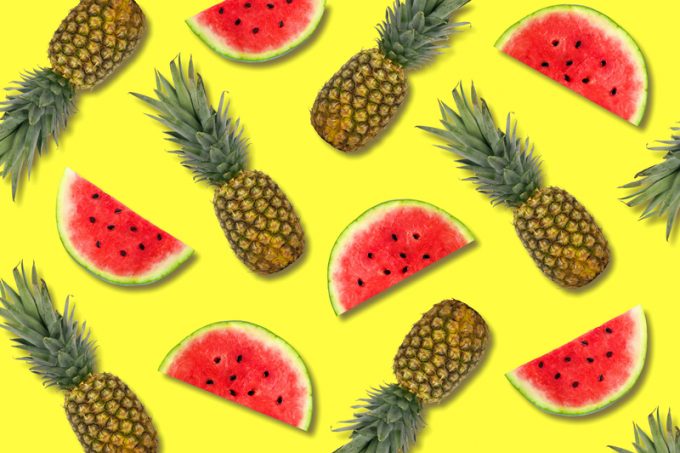 International perishables flows are recovering. The recent drop in airfreight rates (looking set to reverse) as a result of increased flights has opened doors for perishables shippers locked out of international markets while capacity was scarce and rates too high to absorb.

However, unstable markets and other risks are prompting many to be cautious and limit their exposure to global trade.

“We’re seeing good movement as different parts of the world have opened up,” he said.

The recent decline in airfreight pricing has helped, he adds.

Covid-19 hit the sector hard: for example, in April, 40 containers of watermelons shipped from Panama to Rotterdam had to be destroyed after their journey because the market had collapsed. Most of the fruit had been destined for restaurants, which were not allowed to open.

Traffic to high-end restaurants is still very sluggish, unlike flows into the retail sector, which have held up well, Mr Connell noted.

Another hit came from stratospheric airfreight rates as international passenger networks shrank to a minimum. According to one source, pineapples from the Caribbean used to be flown to Europe for about $1.03 per kg, but rates climbed beyond $2.87 – putting the mode out of reach for pineapple shippers.

However, the subsequent rise in cargo flights brought airfreight rates out of many growing areas back into contention. By mid-May, European importers were reporting small gluts of avocados and mangos flown in from Mexico, the Dominican Republic and Senegal.

With imports from South Africa and South America set to kick in, prices for these fruits were beginning to fall, which caused Peruvian avocado exporters to reduce their volumes.

Today growers in Peru are poised to unleash a large crop of blueberries onto North American and European markets, with their competitors in North America also starting their blueberry exports.

Mr Connell said that, by and large, US produce exports were lower in volume than a year ago. For his company the air waybill count has remained level with last year, but on average shipments are smaller.

In part, this is a result of lower-than-expected crops. The cherry harvests in California and the Pacific north-west yielded lower volumes than anticipated in some areas affected by Covid-19 outbreaks, which caused labour shortages for harvesting. A major growing area in the Pacific north-west, Yakima County in Washington State, with a high concentration of farms, had the second-highest infection rate on the west coast in early July.

Concerns about markets have been another factor. With domestic demand strong, many growers in the US have focused more on that market, Mr Connell said.

This is particularly true of exports to China, where concerns about the trade conflict had already prompted moves to curb reliance on that market. And the inspections of seafood and meat imports after a second outbreak in Beijing had been traced to a market where cutting boards used for preparing salmon were found to have traces of Covid-19, added another element of concern.

Produce imports were also affected by the inspections at Chinese gateways, although to a lesser extent, according to Mr Connell.

“It has eased off now, but there is extra caution. Some growers have pivoted away from the extra risk,” he said.

Arguably, one smaller benefit of a stronger focus on the domestic market is the avoidance of the delays at major US gateways due to slower loading and unloading of planes, which has been attributed to fewer handling staff and the manual work needed to put cargo in passenger cabins.

However, Mr Connell described the slower handling pace as frustrating, but manageable.

Air cargo operators have stepped up their efforts to digitise processes in order to speed up flows, but this avenue faces obstacles in the perishables arena. Some documents, such as health certificates, are still required on paper by the US authorities.

But, said Mr Connell, given the vagaries of international perishables shipping these days, this would seem a minor irritant.

“Our focus is to hang in there, improve processes and use technology if we can.”