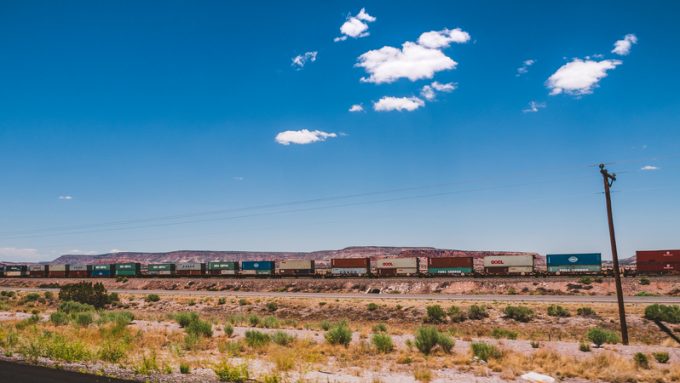 US surface transport numbers for September – both for truck and intermodal traffic – show gains that point to a continuing recovery of the economy.

And this picture is reinforced by a rise in the CASS Freight Index for last month and by gains in retail sales.

The shipment count of the CASS index, widely viewed as one of the more accurate barometers of the US freight market, climbed 7.1% from August to end up 1.8% below its level of September 2019.

Spend on freight, the second category measured on the index, ended up 1.2% higher than a year earlier, thanks to a 7.2% gain over August.

David Ross, transport analyst at Stifel and CASS author, says the index “shows the ‘V’ shape of the recovery”, and he went on to predict year-on-year gains in October, if “the absolute level just holds at September levels”.

And activity on rail and road supports the strong reading of the CASS index: traffic statistics from the American Trucking Association (ATA) for last month show an increase of 6.7% in tonnage on August. On a seasonally adjusted basis, tonnage was down 2.7% year on year.

The ATA’s tally for the third quarter was 2.4% higher than in the second quarter, and for the first nine months, trucking tonnage was down 3.3% on the previous year.

“September had a nice recovery after a significant decline in August,” said ATA chief economist Bob Costello. “The truck freight market continues to be bifurcated, with strength in retail and home construction but some continued weakness in industrial cargo.”

Intermodal volumes also increased: September statistics from the Intermodal Association of North America (IANA) show total shipments for the month up 8.6% year on year; the domestic container count was up 14.4%; trailers rose 16.2%. The overall tally for domestic equipment was up 14.6%, while international containers climbed 2.9%.

For the first nine months of the year, IANA clocked up gains in domestic containers (1.7%), whereas trailers slipped 9.8%, international containers dropped 11% and total units were down 5.7%.

According to the Association of American Railroads, September was the fourth-best month ever in US intermodal traffic.

Much of the rise in intermodal volume has been driven by the surge in imports, notably through the west coast ports. According to industry executives, e-commerce has been a big driver of this as online merchants shifted from airfreight to less-expensive ocean services and retailers have been restocking depleted inventory levels.

This reflects the growth in online shopping, the strongest-growing segment in US retail sales. According to the US Department of Commerce, retail sales in September were 1.9% higher than in August and up 5.4% year on year. Non-store retail, which includes e-commerce, surged 23.8% over September 2019.

The National Retail Federation (NRF) registered gains in three-quarters of the categories it tracks, from sporting goods and clothing over general merchandise and health/personal care to furniture, building materials and garden supplies. Electronics and appliances were down, both month on month and year on year.

“Retail sales are continuing to build on the momentum we’ve seen through the summer and have been boosted by an improving labour market, a rebound in consumer confidence and elevated savings,” said NRF chief economist Jack Kleinhenz.

And the outlook is positive, according to Mr Ross. He expects the market to maintain its strength through to the end of the year, citing lean inventory levels, the rising tide of imports and signs of consumer confidence.