News / US perishables shippers are struggling to keep their markets alive 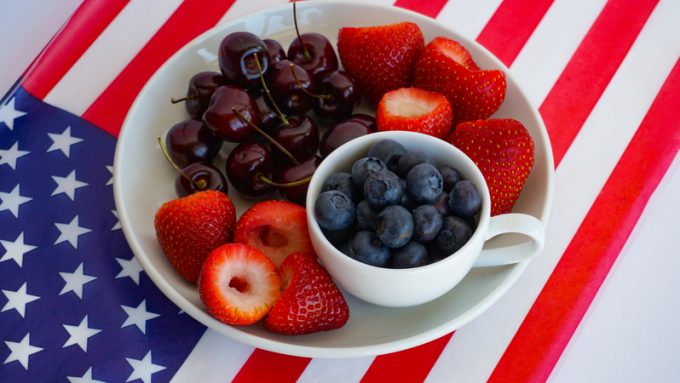 US exporters of perishables are struggling with a litany of woes: from a shortage of containers and lack of vessel capacity, to disruption at destinations, lockdowns and heightened inspections that have stretched transit times alarmingly.

Interest groups from the sector, such as the Agriculture Transportation Coalition, have been among the most vocal critics of supply chain issues.

It said last year more than 20% of confirmed US export agriculture sales were lost due to carrier issues and excessive pricing, with as much as 40% of export booking requests declined by ocean carriers at the first attempt, and lines cancelled 31% of confirmed export bookings.

This meant the shelf life of shipped produce was seriously compromised, with only 35% of deliveries to overseas customers arriving on time.

Arguably, the situation was even worse for perishables shippers from the southern hemisphere. There, shipping capacity was reduced by liner decisions to shift vessels to the more lucrative east-west tradelanes.

Last summer, coffee exports from Brazil were down more than 25%, owing to lack of ocean capacity.

Some US perishables exporters have pivoted to the domestic market, which has been strong and a safe bet compared with the challenges in international shipping, noted Chris Connell, SVP perishables North America at Commodity Forwarders, a Kuehne + Nagel company.

Others decided to continue to cultivate their overseas markets, despite the challenges, he said, adding: “It’s about risk assessment.”

And the disruptions in maritime traffic lanes have prompted some perishables exporters to switch to airfreight, albeit not at the volumes of their maritime exports, he said.

“Exporters try to keep their markets alive,” he added.

But the rapid rise of the fuel surcharge does not augur well for shipping perishables by air, said Mr Connell, adding: “What impact this has on the fruit and vegetable season remains to be seen. The world wants fresh produce.”

He added that, so far, his company had not seen shippers pull back. And on the airline side, he sees willingness to support the sector.

“Most carriers understand the situation and try to work with us to find a happy medium,” he said. “The carriers want the business. It’s been important in the past, it is now, and they want to keep the market alive for the future.”

The question over how viable shipping produce by air is did not spring up with the surge in fuel costs and inflation in the past few months, said Mr Connell.

“The question really is, have the last two years been sustainable? It’s not just now with pricing,” he added.

This question – as well as the challenges of getting perishables to market on time – is particularly urgent for exports to Asia and Australia, where US perishables exporters have experienced more disruption than with shipments to Europe or the Middle East, he said. By comparison, shipping to Asia has been more of a stop-start experience.

“When you have quick shifts like sudden disruption, this tends to create panic and then things find a rhythm again. These days we always wait for the next shoe to drop,” he said. “We just need the surprises to be less, so we can navigate better.”

Such challenges aside, the coming shipping season will not be a great one, Mr Connell predicted.

“The crop from California will be underwhelming, less than average,” he said, pointing to adverse weather conditions. The outlook is little better for exports from the Pacific north-west, as parts of north-eastern Washington state still had snow on the ground in mid-April, he added.