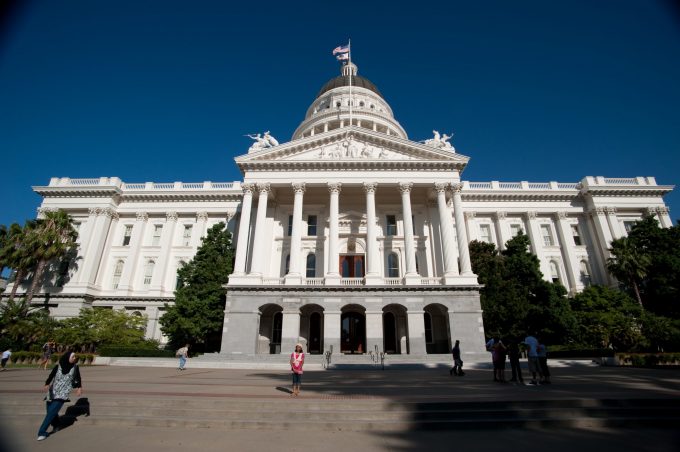 In the US, the headwinds ocean carriers are sailing into are increasing in force.

While the push in Washington for reform of the Ocean Shipping Reform Act is targeting antitrust immunity and calling for more curbs on carriers’ ability to impose charges, lawmakers in California are mulling legislation aimed at tightening a law that limits when detention and demurrage (D&D) charges can be levied.

This legal initiative has found broad support from a coalition of trucking and beneficial cargo owner interest groups.

The proposed bill, AB 2406, would prohibit such charges when truckers cannot make an appointment at a marine terminal or when an ocean carrier’s containers are blocked from being returned to a terminal.

It would also restrict charges on containers not picked up by an ocean carrier because it bypasses the port or changes its schedule. According to sources, this has been a particularly frustrating problem for agriculture exporters using the port of Oakland, which has seen many schedule changes and dropped calls as carriers tried to make up for lost time when their vessels were delayed at other ports, notably Los Angeles and Long Beach.

Whereas the existing legislation applies only to terminal operators, AB 2406 refers to ‘intermodal marine equipment providers’, which would include ocean carriers.

The bill has garnered support from a coalition of 79 intermodal motor carriers, importers and exporters who sent a letter to California’s transport committee expressing their backing for AB 2406.

“Abusive detention and demurrage practices worsen the supply chain crisis by monetising delays to the benefit of equipment providers at the cost of California businesses and consumers,” said the Harbor Trucking Association.

Meanwhile, at federal level, the investigation into accusations that shipping lines left US export cargo behind, in order to rush empty boxes to Asia for more lucrative business, is entering a new round, with the Federal Maritime Commission (FMC) announcing upcoming audits of 11 large container carriers, which include CMA CGM, Cosco, Evergreen, Hapag-Lloyd, Maersk, ONE and Zim.

FMC commissioner Carl Bentzel recently said his observations about the business practices of such players suggested they concentrated almost exclusively on eastbound traffic.

And proposed legislation in Congress is looking to tighten the screws on ocean carriers further.

The Ocean Shipping Reform Act would force lines to certify that late fees complied with federal regulation and shift the burden of proof to the carrier that the charges are reasonable. It would prohibit ocean carriers from “unreasonably declining shipping opportunities” for US exports and require them to report to the FMC on a quarterly basis total tonnage and teu units for every vessel that makes port in the US.

These proposed measures too have support from a broad group of agriculture shipper bodies.

In the Senate, two lawmakers are training their sights on more thorny issues: one is targeting carriers’ antitrust immunity; while the second wants to give the FMC authority to determine whether rates charged by carriers are reasonable.

By the look of it, lobbying in Washington and California will be in overdrive for some time.