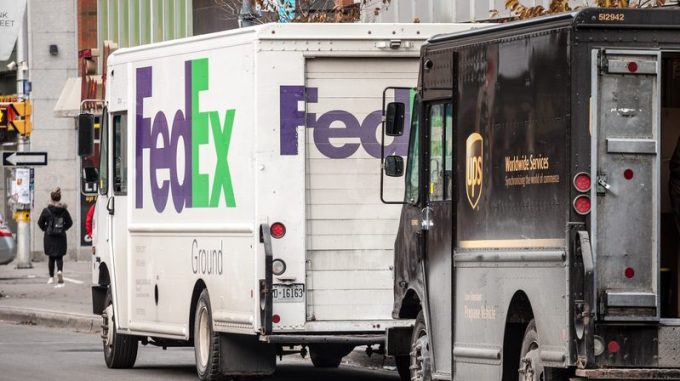 UPS has intensified its play for intra-US parcel traffic with a new offering that offers shippers a flat rate for parcels up to 50lbs (31.75kg) in weight.

Coming just before the peak season, this product competes head-on with the US Postal Service (USPS) and rival FedEx, which has fielded a flat-rate parcel product for some time.

UPS Simple Rate is available in multiple speeds, ranging from the integrator’s 2nd Day Air to its standard Ground service.

It targets small and mid-sized US shippers and has little appeal to large companies, as these usually have more advantageous discounts on their contract rates, noted Melissa Runge, vice-president analytical solutions of Spend Management Experts, a Georgia-based consultancy on logistics costs.

But UPS is playing catch-up with the new product. FedEx has been offering a similar service, FedEx OneRate, for about six years.

“When FedEx introduced OneRate e-commerce was nowhere near where the volumes are today,” said Ms Runge. “UPS realised it couldn’t compete without that product today.”

UPS has designed the key features of its new product to differentiate it from the FedEx flat-rate programme. While UPS customers can choose from various options covering priority and slower modes, the FedEx OneRate service is squarely in the express sector with one- to three-day transit times. The company does not offer it through its ground service.

A more pronounced – and likely more decisive – difference between the competing integrator products is the price structure. UPS has opted for flat rates for all lower 48 US states; only rates involving Alaska or Hawaii are different. FedEx has a staggered pricing regime based on three geographical tiers. Observers have criticised this as adding unnecessary complexity to what is supposed to be a straightforward pricing mechanism.

Ms Runge thinks the narrower menu and different weight limits put FedEx at a disadvantage, “but what really hurts it is the one simple rate. FedEx’s zonal pricing structure is not competitive,” she added.

She thinks FedEx will probably change its pricing model going forward: “A flat rate with zonal structure makes no sense,” she said.

FedEx appears to be already working on changes to OneRate. According to unconfirmed reports, it is preparing to loosen the packaging requirements to allow shippers to use their own packaging. So far they have to use the FedEx packaging and logo and shippers chafe at this restriction.

UPS customers can order UPS Simple Rate-branded boxes, but they are free to use their own packaging, a point that the integrator stressed in its announcement of the new service.

The new product also puts pressure on USPS, although some observers doubt that UPS will be able to match the low rates the postal agency charges for its flat-rate parcel services.

Still, the USPS finds itself confronted with a more aggressive stance from the integrators. FedEx is working to shift most of its SmartPost traffic delivered on the final mile by USPS into its own network to boost utilisation.

And the agency has no immediate way to fight back, Ms Runge noted. It submitted its proposed pricing for 2020 in early October to the Postal Regulatory Commission for approval. These changes will raise the domestic charge for small flat-rate boxes from $7.90 to $8.30 in January, while medium flat-rate boxes will cost $15.05 instead of $14.35.

Going forward, USPS could decide to award the linehaul contract for its air mail product to another carrier. That would really hurt FedEx.

This article has been corrected. It originally stated that UPS Simple Rate accepts parcels up to 70lbs. The correct number is 50lbs.