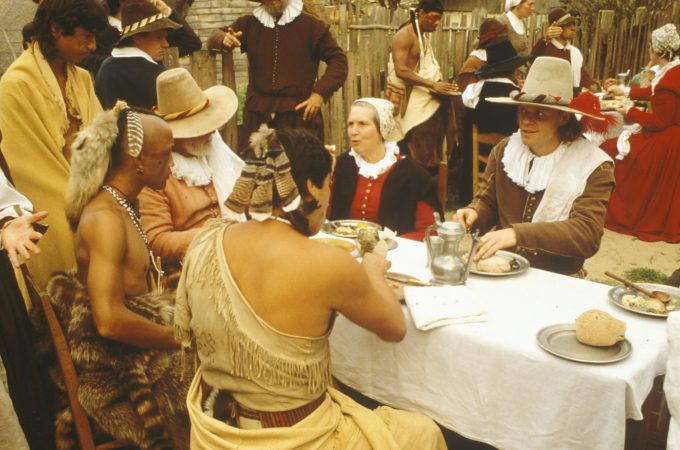 As Americans enjoy their Thanksgiving holiday today, they must be wondering how smooth their shopping experience in the coming days is going to be.

Over the past weeks there has been a rising chorus of warnings of likely stock outages as a result of supply chain disruptions.

While these have occurred all the way from closed factories in China and South-east Asia, to clogged rail yards in the Midwest, most of the attention has focused on the twin gateway ports of Los Angeles and Long Beach, which account for some 40% of containerised imports into the US.

Recent developments suggest the congestion has eased. The port authorities have postponed implementation of a fee on containers that stay on the docks for nine or six days, respectively, depending on whether they are to be trucked out or due to leave the ports by rail, until 29 November – the second postponement of a fee originally set earlier this month.

In a joint statement, the ports announced that the number of long-dwelling boxes had dropped by about a third since the fees were approved.

And the number of ships waiting for berth space at the port complex has also come down. On Tuesday, the tally showed 61 waiting, down from 86 a week earlier.

However, that number is misleading, due to a change in the counting system. A new queuing system for ships has been introduced ,under which they do not have to physically line up near San Pedro Bay.

When they leave their last port of call, prior to arrival at San Pedro, they are given a calculated time of arrival, which reserves their spot in the waiting line, so the ships can reduce fuel costs by slow-steaming.

According to one report, on Tuesday there were 36 ships at anchor in the bay and 25 within 40 miles of the ports, with another 32 given calculated arrival times and, therefore, technically in line for berth space.

In fact, the wait time from anchorage to berth has reportedly stretched to 18.6 days.

As for the whittled-down number of long dwelling containers on the docks, Craig Grossgart, SVP global ocean of Seko Logistics, applauded this as “a good size dent in the problem” – but added it was probably “a short-lived relief, as the cargo still comes”.

The congestion along the supply chain – be it full warehouses, lack of chassis or labour shortage – continues unabated, he said, adding that supply is expected to continue to fall short of demand until the third quarter of next year.

“There will be some improvement, but only on the margin,” he commented.

More efforts to ease the congestion at the port complex are afoot. PierPass, a not-for-profit company set up by the terminal operators at Los Angeles and Long Beach, has announced a change to its traffic mitigation fee from 1 December to 31 January, in an effort to incentivise use of the port during the night.

It will effectively double the fee it charges drayage truck operators during the day, while suspending it for night-time gate moves.

The Harbor Trucking Association is not impressed, however. It has found turn times at night not substantially better than during the day, citing delays due to fewer crane operators and restrictions on returning empty containers.

But efforts have also come from outside the ports. The state of California is raising the truck weight limit on lorries carrying goods in and out of the state’s ports from 80,000 lbs to 88,000 lbs (39,900 kg). This elevated limit will remain in place through June of next year.

The state government has also signalled that it intends to vie aggressively for a larger share of federal funding. The recently signed infrastructure funding legislation has assigned $17bn to port infrastructure work.

Some operators may consider alternative ports. The port of Hueneme and neighbouring Naval Base Ventura County have joined hands to handle ships that come down from San Pedro Bay to unload all or part of their cargo in southern California.

Mr Grossgart regards efforts to unclog Los Angeles and Long Beach, such as the charge on long dwelling containers or the shift to 24/7 operations, as moves that are treating symptoms. But, he added: “The cause continues to be the insatiable demand of the American consumer.”