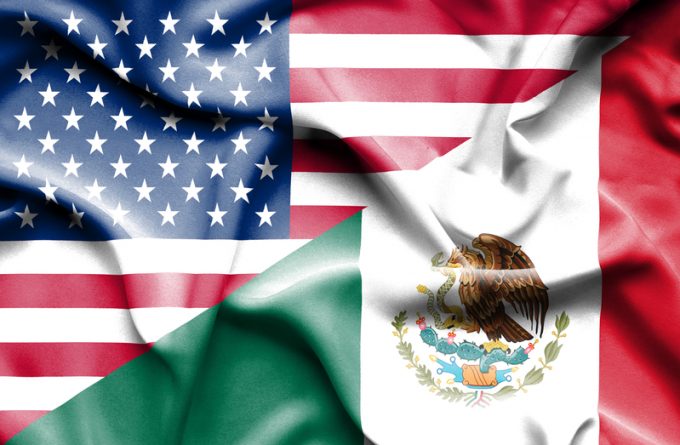 Mexpress, a road feeder service (RFS) provider offering bonded trucking between US and Mexican airports, this week launched a service from Columbus, Ohio to Guadalajara.

Tuesday’s service was the latest in a growing number of cross-border lanes feeding air cargo to and from international carriers serving US gateways.

Mexpress said it had seen demand rise considerably in the wake of the Covid-19 pandemic – “up 25-30% year over year”, reported Mike Gamel, chairman and vice-president of sales & marketing.

Airfreight capacity to and from Mexico has shrunk massively as airlines slashed their schedules, while the country’s passenger volume was down 94% in April from a year earlier, and international flights were down 97%.

Maindeck capacity has also seen some reduction. Panalpina used to extend its dedicated freighter service to Huntsville, Alabama, into Mexico, but the leg was cut. Instead, Mexpress now hauls the Mexican traffic in bond from Huntsville across the border to various airports, where the freight is cleared.

The bonded service with clearance at airports has been the strong card for Mexpress, as this avoids delays at the Mexico/US border. Moreover, some smaller Mexican airports do not have the equipment to handle international freighters, so trucking is the only option to serve them, noted Mexpress president Carlos Duron.

Much of the southbound traffic has consisted of personal protection equipment (PPE), while loads from Huntsville consist mostly of electronics and automotive traffic. However, manufacturing activity in Mexico is still very constrained.

By Tuesday, only five automotive plants were operating, as many regions still have bans on manufacturing in place, Mr Duron noted.

Mexpress recently ran some 15 truckloads from Monterrey to Los Angeles for a client in the electronics industry to move parts to China. With its manufacturing in Mexico shuttered, the customer decided to ship the parts to Asia for use in production there.

Northbound loads include a broad array of products: “a mix of things, depending on who’s open and what they’re doing”, Mr Duron said.

Even PPE traffic is going north. Twelve trucks carried medical gowns from Toluca to Boston, and there have been more such shipments, but in smaller volumes.

“We handle a couple of truckloads a week,” Mr Duron said.

He says Mexpress has not experienced any delays crossing the border in either direction, nor has finding additional drivers and trucks to cope with the increased demand been an issue.

And interest from forwarders has been lively, Mr Gamel said. A lot of small and mid-sized forwarders are looking to get their cargo out of Mexico to US gateways to catch flights to international destinations. On the inbound side, large international cargo agents have shown increased interest, added Mr Duron.

However, the dearth of international lift is slowly lifting. Lufthansa, which used to run 12 weekly passenger frequencies to Mexico, in addition to its freighter service, has announced it will resume service next month, flying three days a week. And Aeromexico will restart international flying to Central and North America and to Asia in June. Its flights to South America are due to resume in July.

However, the transpacific lift is very limited. Aeromexico is set to start a weekly flight to Seoul in early June, with service to Tokyo to follow at the end of the month.

But these developments are not likely to make a huge dent in Mexpress’s volumes. Moreover, its business is expanding beyond airfreight.

“We’re also getting enquiries for cargo coming in by ocean. They want to expedite traffic from the ports,” said Mr Duron, adding that this was mostly for cargo arriving at Long Beach or Houston.

Speculation that Germany’s richest man, Klaus-Michael Kuehne, will acquire up to 30% of Lufthansa heightened ...