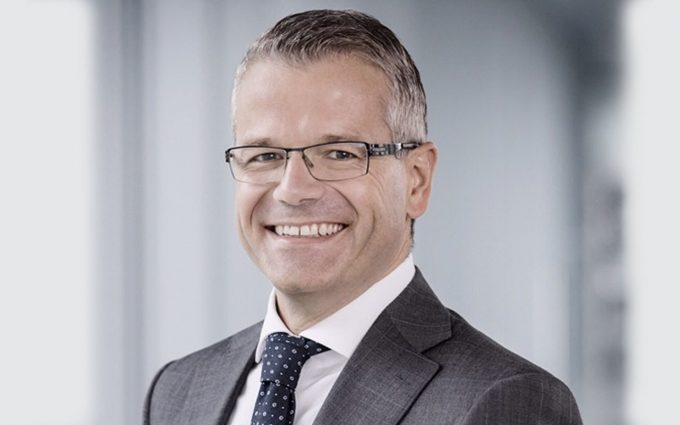 In a wide-ranging interview between JOC editor Peter Tirschwell and Maersk’s ocean and logistics chief executive Vincent Clerc on the first day of the Trans Pacific Maritime (TPM) conference in Long Beach  – and it feels as if it was another lifetime when I last wrote that line –  we got the clearest outline yet of the thinking behind the Maersk transformation project.

Over at The Loadstar Premium and on The Loadstar’s Podcast, we have ventured the theory that Maersk is effectively becoming a contract logistics company, the only difference between it, and say, GXO Logistics, is the asset class – where GXO operates warehouses and trucks and handles pallets, Maersk runs ships and ports and handles containers.

It has certainly become something of an outlier, its position on freight forwarders vs shippers, and aversion to the – currently – hugely lucrative spot market vs contract rates has taken the market into new territory.

Mr Tirschwell, who has a likeable tendency to use too many words in his questions, so we’re paraphrasing here, asked: “Are you really willing to leave money on the table when it comes to spot vs contract rates? You’d really prefer the lower contract earnings?”

Here’s the (broadly) verbatim answer: “We need to get to a situation where the money we make is from the value we provide to our customers, rather than simply making money out of bottlenecks.

“We decided to serve our customers; we decided to increase capacity – we doubled transpacific capacity.

“We also agreed on a fair price approach – demand is elastic and if we wanted to max out on rates we could do, but to do that we would have to focus on the spot market.

“From a financial position it goes without saying that it has a material effect on your profits, that decision has been an investment on our part into our customer relationships – we could charge higher rates but that wouldn’t be fair.”

The attendee numbers at this year’s TPM have surpassed the last held in 2019, despite the fact that large numbers of regular attendees, such as the Chinese delegations, remain unable to travel. Their shortfall has been made up by shippers of all shapes and sizes that, basically, want to know why they can’t get space on ships for their imports.

A question from the floor: “So then, do customers have to book more value-added services in order to secure space on vessels?”

Mr Clerc: “The way to think about this is that if you have a partnership with a customer  – and you have to want the same thing – the customers who are looking for an end-to-end service have a great affinity with us.

“And there’s a tendency for us to give allocations to those customers; it’s not tit-for-tat, and there are some customers that have a very different requirement from the market than what we provide.”

Which is an admirably diplomatic way of saying: “Yeah.”

But there’s also a reality behind it. With increasing regularity GXO is signing contracts that are a decade in length; it is already in some contracts that, with extensions, are nearing two decades in length. The Loadstar Premium took a deep dive recently into one of these, with Nestle – the two companies recently developed a cutting-edge warehouse in the UK. Its UK supply chain director was unequivocal that relationships framed by multi-year contracts are exactly how Nestle wants to deal with its logistics providers – the term he used, tellingly, is “partnerships”, and he used a lot of language about building supply chains of the future that we heard Mr Clerc reiterate today.

Now you may be wondering where freight forwarders sit in this.

A few people scratched their heads.

In a later session, Alison Leavitt, managing director of the Wine and Spirits Shipping Association, said what many others might have been thinking: “I don’t have any words to describe what I felt about Maersk’s customer satisfaction levels.”

Nonetheless, kudos to Mr Clerc who along with ONE’s chief executive Jeremy Nixon are the only senior representatives from the liner industry to come to what is clearly an uncomfortable event, and he deserves the final words:

“A lot of the diagnostics that we had formed of the shipping industry as we went into the pandemic turned out to be vindicated.

“We believed that there was a global infrastructure problem – that has been vindicated.

“We believed digitalisation and technology was opening up new perspectives on your supply chains – vindicated; and a lot of what we have done over the past couple of years has been about addressing these.

“As we go through the transformation you see why it hasn’t worked in the past because it’s pretty tough to do, but you cannot predict the future by looking in the rear view mirror, and one of the things we have done is bring in people who do know the logistics business – we have brought in 5,000 logistics professionals from that industry; we have brought in another 5,000 technologists such as software engineers and data scientists.”

“Admittedly these investments are a lot less flashy than a couple of M&A deals.”

Yes, and millions of capex in wages, but when the last couple of M&A deals are multibillion transactions (Pilot, LF Logistics), it is hard to be any more flashy.