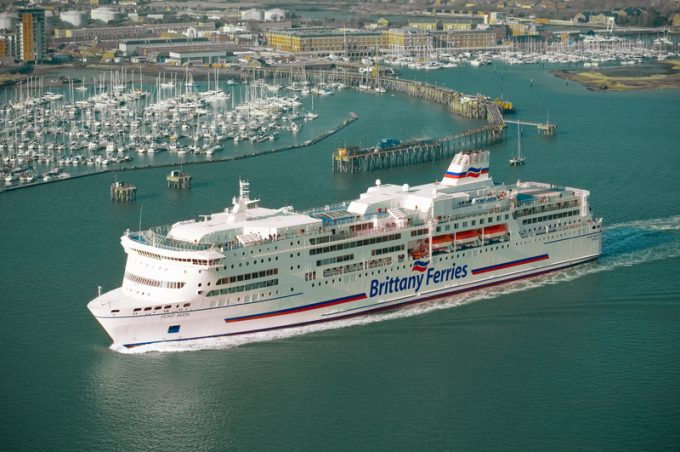 Additional ferry services laid on for a no-deal Brexit have begun operating, despite the fact that the UK has not yet left the EU, and the government is hastily trying to recoup its investment.

Late last year, Brittany Ferries and DFDS, alongside the ill-fated Seaborne Freight, were contracted by the Department for Transport (DfT) to provide extra capacity from 29 March to offset any disruption from the expected resumption of customs checks in a no-deal Brexit.

However, following the government’s failure to get a deal over the line in Parliament, it was forced to ask the EU for an extension to the deadline.

But this appears not to have affected the ferry contracts and a spokesperson for Brittany Ferries confirmed to The Loadstar that its additional weekly sailings had commenced as contracted.

“Brittany Ferries is running the 20 sailings a week. This is a six-month contract and the first two weeks of space have been given back to us to sell on the open market.”

He said the extra sailings were on Portsmouth-Le Havre, Poole-Cherbourg and Plymouth-Roscoff routes and had committed the line to more fuel costs and port fees, as well as hiring 50 extra members of staff on both sides of the Channel to deal with the additional port calls.

The carrier said: “The reality is that we were committed as soon as we signed the contract and preparations began. There is no turning back because all the preparatory work was in place for 29 March.”

The Loadstar understands the DfT will return space to the carriers in fortnightly chunks until a deal with the EU has been reached, or the six-month contract expires.

If by the end of the contract, Brexit is still no closer, Brittany Ferries’ spokesperson said a new agreement would need to be arranged.

A government spokesperson told The Loadstar leaving with a deal remained its priority, but it would be “irresponsible to push on without contingency measures”.

“The government’s freight capacity contracts run for six months and are a vital part of wider contingency planning,” the spokesperson added. “They provide capacity for critical goods, including vital medicines, to continue to enter the UK in a no-deal scenario.

“Due to the agreed extension until 12 April, capacity for the first two weeks have been released for sale on the open market which will minimise costs for the taxpayer.”

When asked what incentive the carriers had to dedicate time and resources to selling this unused space, the spokesperson said to “prove route viability”.

This logic was questioned by principal consultant at Drewry Maritime Advisors Chantal McRoberts, who told The Loadstar that if sufficient demand existed, operators would already be running the services.

“It doesn’t really make sense for the government to be subsidising the route… they are effectively paying them to do something they would naturally do,” she said.

“However, as they have done this, we don’t believe there is the incentive to ‘sell’ the additional space.”

She said this was because it would mean them having to return the subsidy, effectively reducing revenue, while still incurring costs that “any premium” would not offset.

“It would make more sense to accommodate any additional demand on existing services and sell direct to customers, without the costs and likely better revenue,” she added.

Brittany claimed it was “committed” to use its “best endeavours” to sell as much of the unused DfT space as possible.

“While we cannot go into specific details, we can confirm that space has already been re-sold on the open market for ferry services operating on 29 March,” it added.

The spokesperson noted that “theoretically if neither we nor DfT sold space, then the DfT would be liable” for the £46.6m it paid Brittany and the £41.4m it paid to DFDS.