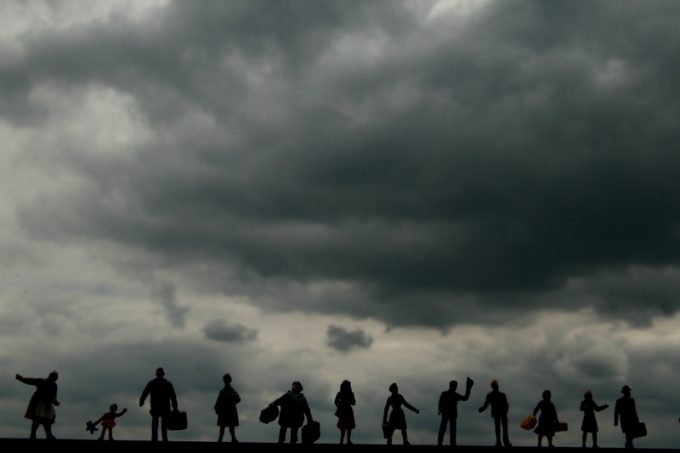 Ms Hanouz there were concerns over the recent evolution in technology and its ungoverned implementation, which was responsible for 86% of job losses in North America between 1997 and 2007.

“This evolution, which we describe as the Fourth Industrial Revolution, requires a more agile and adaptive governance,” said Ms Hanouz. “As new technologies – alongside interconnectedness – are creating resilience challenges.”

John Drzik, president of global risk and specialities at insurance firm Marsh, said the impact of emerging technologies on employment had been widely felt.

“Companies must consider deployment, especially in the current geopolitical climate in which the rising populist movement has pointed towards globalisation and technology as a driver of the division between rich and poor,” he said.

Mr Drzik said British-Australian mining firm Rio Tinto’s 2015 decision to replace manual trucks at its Pilbara operations with automatic vehicles was one example of human jobs being lost to technology.

Lars Jensen, founder and chief executive of CyberKeel, told The Loadstar that while new technology may lead to jobs being made redundant it could also create jobs with different skill sets.

“In some cases, staff can be ‘re-trained’ – although this is not a certainty,” he said.

A DHL spokesman echoed Mr Jensen and told The Loadstar that technology not only addressed disruptive threats to business and improved service quality and productivity, it also improved workplace conditions.

DHL has piloted a range of new technology in recent years, from secure electronic communications and augmented reality glasses to drones.

“We believe that new technologies have the potential to improve working conditions and deliver significant productivity improvements, which, in turn, should drive the development of new services and employment opportunities.”

Mr Drzik also claimed technology offered great potential for the future, and said it should not only be viewed negatively.

“New technologies offer the capacity to help at a societal level – examples abound of new technologies aiding the fight against climate change and improving healthcare services – but firms must consider the employment aspect before going ahead,” he added.

Cyber security was also highlighted as a major risk, and is now sixth on the list of threats after being first recognised in 2014. Mr Drzik noted that last year, in an attempt to exploit security flaws, US thermostats became the target of 100 DDOS [distributed denial of service] attacks.

DHL said the probability of experiencing a significant IT incident with serious consequences was unlikely due to its security measures.

However, Mr Jensen said that the threat remained high, partly because of the financial rewards of a successful attack.

“There is money to be gained by performing attacks such as ransomware attacks denying access to data in the supply chain,” he said. “In addition, you have to remember that supply chains typically involve a large number of stakeholders, making it very difficult to secure the entire chain – often a cyber attack only needs one weak link.”

The report also highlighted the continuing challenges posed by environmental concerns, which have exacerbated geopolitical tensions, with more than 21.5m people displaced by climate change each year since 2008, according to the UN.

“Extreme weather is now responsible for more than a third of global migration,” said Ms Hanouz.

However, Richard Samans, a member of the WEF managing board, said efforts to curb CO2 emissions showed the necessity of a globalised and collaborative approach to business and politics following a year of shock election results.

“Despite the US election result, there has been resounding reaffirmation of the Paris climate agreements and countries are continuing to press ahead with these changes,” said Mr Samans. “This is important as not only are climate issues interrelated with all the other risks we have highlighted, but UN reports suggest we are currently on course for a three-degree rise in temperatures, well above the two-degree cap required to prevent serious damage.”