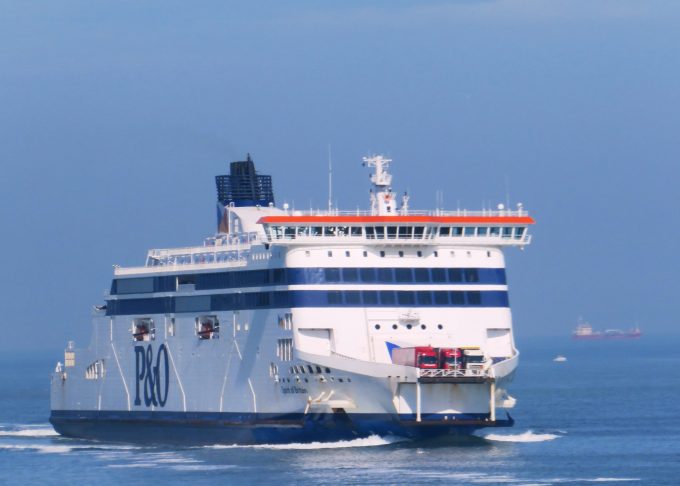 Inspections of P&O Ferries’ vessels can take up to two days, according to the MCA, but no further checks on its ferries are planned at the moment.

Of the eight to be inspected, Pride of Hull and European Causeway have both been cleared to resume operations on the Hull-Rotterdam and Larne-Cairnryan trades, respectively.

Pride of Kent, which operates out of Dover, failed its initial MCA inspection and remains under detention, said the MCA, while four other ferries are yet to be their inspected.

Meanwhile, the port of Dover authorities, along with other ferry operators Irish Ferries and DFDS and Eurotunnel, have made plans to keep Easter holiday traffic moving through South-east England, following days of truck queues that eased last weekend.

Truck drivers have told The Loadstar that Tuesdays and Thursdays were the busiest days for freight traffic; Thursdays being when European drivers leave the UK for home, to spend the weekend with their families. This weekend will see freight competing with passenger traffic as the four-day Easter holiday begins – a clash that could see queues of trucks outside Dover return, leaving drivers angry and frustrated.

Logistics UK today called for a review of Operation Brock, the traffic management system in which the M20 is turned into a lorry park. While Logistics UK says the suspension of P&O ferry services out of Dover has been a key factor in congestion at Dover, Brexit border friction along with the ongoing issues with custom’s Goods Vehicle Movement Service (GVMS) platform has added to the difficulties and challenges facing operators.

According to Heidi Skinner, policy manager south at Logistics UK, Operation Brock leaves hundreds of drivers without access to basic hygiene facilities, food and water. She said: “Logistics UK is calling for an urgent review into the effectiveness of Operation Brock as a traffic management scheme and, most importantly, the humanitarian issues it raises.

“HGV drivers accessing the short straits have to use the set route to join the queuing system and must stop to use facilities before they get too far along the route, as, once their vehicles enter the queue, have no access to any facilities.”

Danish operator DFDS is seeking to play its part in alleviating the drivers’ problems by diverting some traffic to its Sheerness-to-Dunkirk ferry service. However, it offers only one sailing a day.

But DFDS has also said it would alter its scheduling and bunkering operations to squeeze in a further three daily sailings from its Dover base. The operator told The Loadstar: “We have managed to keep freight moving throughout the last four weeks.”

It acknowledged that there had been “some very difficult delays at times”, including poor weather last week and further disruption to services while its Dunkirk operation was reduced with an out-of-service ferry, following an accident.

“Our focus now is to try to find solutions, and we have worked hard to increase the number of sailings over weekends. We are filling our vessels with just a 42-minute turnaround time in port, loading and uploading as quickly as we can,” said a DFDS spokesperson.

“We have also been able to move some traffic to our new unaccompanied route from Sheerness to Calais to help relieve congestion in and around the port.

“We’re thankful to all our crews and operations staff in the ports who are working so hard to keep traffic flowing on the Channel. In terms of the current situation, all services are operating to the advertised schedule.”