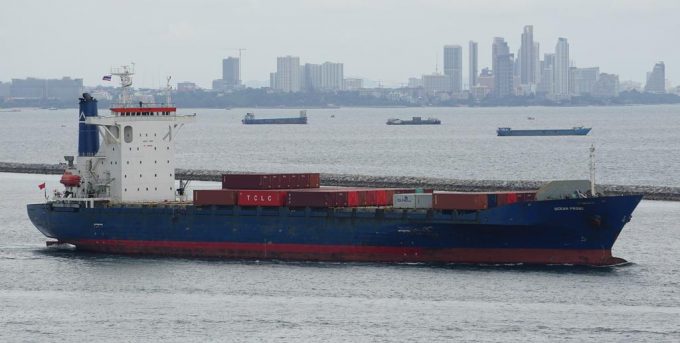 The move is in response to heightened demand amid the traditional peak season for the intra-Asia trades.

Sinokor’s 1,471 teu Ocean Probe (pictured above) is due to arrive in Jakarta on Monday, in the wake of the 1,118 teu Sendai Trader, one of Sinokor’s owned ships, sent to Indonesia on 7 November.

These sailings come less than a month after the 1,800 teu Heung-A Bangkok set off on an ad hoc voyage, carrying containers from Pyeongtaek and Incheon to Indonesia.

Sinokor said it had launched 35 ad hoc sailings since June last year, in response to requests from the South Korean government and Korea International Trade Association.

A spokesman for Sinokor said: “We will deploy temporary vessels every month in areas where there is a shortage of ships such as China, Thailand, Russia, India, Vietnam and Indonesia.

“Although the charter rates have been increasing due to the strong freight market, and operating costs are rising sharply due to rising bunker prices, we plan to continue executing extra loader sailings to ensure our shippers can get their exports out.”

And while compatriot lines HMM and SM Line have been carrying out ad hoc services to the US, Europe, the Middle East and Russia, local feeder operators have been doing likewise for intra-Asia routes, as shippers have been burdened with rising logistics costs amid tight shipping capacity.

According to Alphaliner, Sinokor is the 19th-largest box carrier, with a total fleet capacity of 105,500 teu across 73 vessels – 50 of which are owned and 23 chartered in. It has 22 vessels on its orderbook with a combine capacity of 39,000 teu.