News / Shipping must review LNG use, as methane's role in climate change is revealed 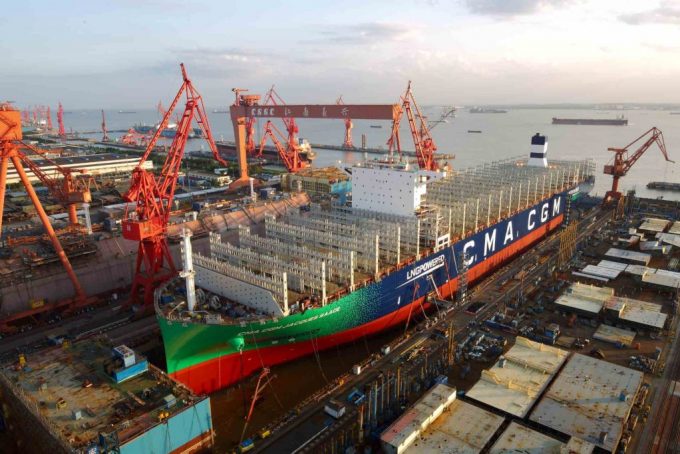 Members of the Intergovernmental Panel on Climate Change (IPCC), a body of scientists and others from 195 countries, will launch the first of four reports on Monday, which is expected to highlight the growing influence of methane in the warming of the atmosphere.

Methane is a key component of liquefied natural gas (LNG), the supposedly cleaner and more efficient transition fuel many in the shipping industry believe will provide a stepping-stone to zero-emission transport.

It is also being used increasingly as a replacement for land-based power generation as well as for powering large ships.

CMA CGM has ordered 14 LNG-powered vessels, some of which have already been delivered, and Matson, the US Jones Act operator, has also ordered similar ships. While The Loadstar reported in May that MSC agreed a long-term charter deal with Eastern Pacific Shipping for eleven 15,300 teu LNG dual-fuelled newbuild vessels.

In total there are more than 130 LNG-powered vessels under construction, including more than 40 containerships, according to the shipbroker Gibsons.

CMA CGM’s ships operate on a low-pressure engine design that is more prone to methane slip – where not all the LNG is burnt in the cylinder and methane is released into the atmosphere through the exhaust gases. High-pressure engines suffer less methane slip, but are far more expensive to fit.

Some scientists believe the take up of cleaner high-pressure LNG power plants will not be as great as cheaper low-pressure version, which could cause greater damage to the climate than the carbon emissions the LNG replaces – methane is more than 80 times more potent as a greenhouse gas than carbon.

Meanwhile, other shipowners are contemplating orders for LNG-powered vessels, with advice from organisations such as class society DNV that say LNG can allow carriers to meet the 2030 International Maritime Organization’s 30% reduction in greenhouse gas target.

However, with scientists now concerned about the possible collapse of the Gulf Stream, a key global current that maintains air and sea convection stabilising the global climate, a rethink may well be necessary.

Part of the heightening concern was reported in UK newspaper The Guardian yesterday, which quoted a Germany-based scientist.

“The signs of destabilisation [to the Gulf Stream] being visible already is something that I wouldn’t have expected, and that I find scary,” said Niklas Boers, of the Potsdam Institute for Climate Impact Research. “It’s something you just can’t [allow to] happen.”

The destabilisation of the Gulf Stream is one of a number of major irreversible tipping points noted by scientists that would alter substantially alter climatic conditions across the globe.

In addition, the fourth IMO Greenhouse Gas report, published a year ago, highlighted an 86% increase in methane emissions from shipping, even before many larger LNG-powered vessels had been delivered.

If shipping is to play its part in tackling the issues around climate change, it may need to reassess its climate targets and increase the velocity of change in the industry.