News / Shipping line airlines... 'a kick up the arse' for those that won't change 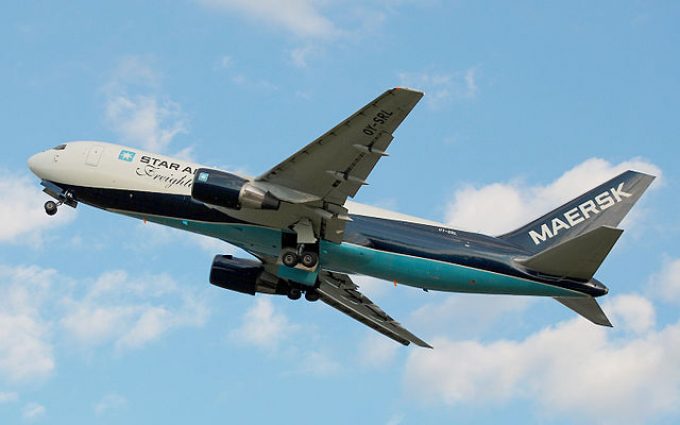 “I like it. It’s a kick in the face for all those people who didn’t want change.”

So said a cargo airline executive on the moves this year by shipping lines to get into air cargo.

While for some there is unease about new airlines run by shipping lines, others believe it could help shake up the industry.

Maersk – and CMA CGM to some extent – are setting up end-to-end solutions to attract large shippers to their customer base. If you want to use Maersk’s shipping line, the company also expects you to use its integrated services, including the airline. Forwarders are no longer welcome. Big BCOs are.

Even the use of the term ‘BCO’ – beneficial cargo owner – is now creeping into air cargo, a first influence of the modes merging under one umbrella.

CMA CGM is a slightly different beast, with forwarders reporting that there have been times this year when they were allocated space instead of CMA subsidiary Ceva. CMA still welcomes forwarders, (although there is some talk that its airline, and Ceva, have not yet settled into internal harmony).

“End-to-end solutions is exactly what BCOs want,” said one executive familiar with both lines. “It meets their demands. Maersk and CMA had to react to the own-controlled capacity of the forwarders.”

(Not everyone agrees. One major forwarder told The Loadstar this week his customers were not looking for a single end-to-end provider.)

“Look at people like Jeff Bezos (Amazon), and Jack Ma (Alibaba),” argued the airline executive. “They make money by controlling the money, rather than the retailers. They control the data and know exactly what’s what. Just like the integrators, FedEx and so on, also control the data.”

But he thinks the airlines, who infamously gave ground to the integrators all those years ago, have learned nothing from that lesson: that controlling the data, and movement on the ground, is the recipe for success and a competitive advantage. Airport-to-airport doesn’t help BCOs, and fails to give airlines any competitive advantage.

“The air cargo industry has refused to change. Airlines have failed miserably to create an integrated structure, and that has forced the hand of companies like CMA and Maersk. Did Bezos want to set up a domestic airline? No. But most airlines weren’t offering to do it.

“NYK, which owns Nippon Cargo Airlines and Evergreen, which owns EVA Air, will have to start doing the same thing, offering an integrated process.”

He acknowledged, however, that Maersk and CMA had some way to go.

“Some 5% to 10% of their cargo will need to move by air, and they don’t have the fleet size for that. It’s an amateurish start. But I love it. It’s a kick up the arse, and airlines will have to start meeting BCO expectations. Or, they can just keep moving low-yield cargo?”

He added that companies like BMW, which worked with Senator on flights between Germany and the US, had asked for speed, transparency and quality.

“Only after those were fulfilled did it talk about price. So it was at a huge cost – but did everything BMW wanted.

“But the air cargo industry has not fixed problems on the ground; it doesn’t talk to BCOs and doesn’t understand what they really want. And it now has a competitor with a complete logistics solution – just like the integrators took the high-yield business and then airlines lost their contact with the customers.

“It’s time they changed their attitude.”